Joanne answered the phone for the first time ever and talked to her Mom! 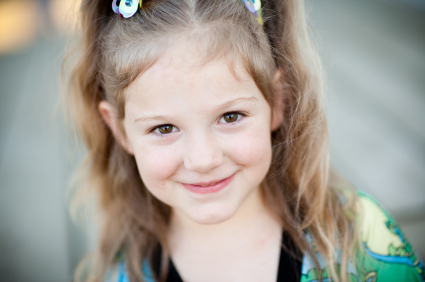 Auditory Processing Disorder is one of those diagnoses that can sometimes be missed or not even noticed until a child reaches school age. Some of these children are labeled the daydreamers or forgetful by teachers and even family members. Difficulty in school could be lack of attention, poor direction following and slow to respond to questions. Because of these issues, the children may qualify for some Occupational Therapy Services. Your child may be diagnosed by an Audiologist who performs special central auditory processing testing (this is different from the standard audiology screening).

I met a little 7-year-old girl named “Joanne”, and her mom who had read online about Interactive Metronome. Mom read about the sounds utilized in the program, and thought that this program would help her daughter train herself to “catch more of what was going on in the classroom”. She reported that Joanne’s ability to complete oral quizzes was poor and that her teacher reported that she seemed very shy and lost in the classroom setting. In a one on one situation, this little girl did well, but add in all the noises of a classroom setting and she would withdrawal. Mom wasn’t sure that she saw any differences in her daughter at home, but she wanted help for her at school.

They came to me with their OT evaluation in hand. It reflected that there were issues with coordination and attention to task. There were comments in the notes about difficulty with direction following, poor processing, slow response time and “clumsiness” when performing novel skilled tasks. During the Interactive Metronome testing, it was observed that Joanne missed many beats, and was late in her responses. She was extremely confused by the addition of guide sounds to the standard reference tone (cow bell sound). It looked like IM would be a good match for her.

Throughout our sessions, we began to see a change in her! Joanne’s teacher, who did not know that she was receiving therapy, sent a note home with mom one day attached to an oral spelling quiz that was 100% correct! She thought that mom had practiced with her daughter over and over. Realistically, they had less time to spend on homework over these weeks as afterschool time was taken away by therapy time. The teacher reported that this little girl had raised her hand 2x in class that week – something she had never done before. She also noticed that at recess, she seemed to be playing with some other little girls instead of swinging on the swing alone.

I began to see changes in the clinical setting as well. Joanne’s scores improved drastically over the first 9 sessions. Towards the end of our time together, I was able to introduce novel ways for her to activate the switches and apply her improved timing skills. Yes, we did a LOT of clapping those first sessions, but it was that that helped her learn about her internal time clock, and how to pay attention to what was going on in her environment and most of all gain confidence as the program gave her positive feedback on her performance. IM can provide a very consistent environment for a student to learn and be successful – her self-confidence grew.

Mom came to me one afternoon, and in telling her story her eye’s teared up. She had phoned home from work one afternoon, and her daughter answered the phone! This was the first time that this had EVER happened! Mom was thrilled as she was able to ask her daughter questions and have them answered. She also noticed that her daughter was much more interested in going to school and church functions. She actually asked to invite a classmate over for a play date. Her grades began to improve as well. Interactive Metronome was very beneficial for this child. At the end of our sessions, it was recommended that she participate in speech therapy to further develop her verbal language as she had missed so much over the years. If your child is struggling, and you think they may have an auditory processing disorder, please speak to your child’s physician who may refer them to an audiologist for further testing. When its time for treatment, consider finding a therapy provider who is trained in IM to help your child reach their full potential!