By: Susan Hemmingway — Herald Health Correspondent
After a stroke six years ago, Janet Carter developed relentless migraines. She couldn’t read or concentrate, noise was excruciating, and her work in the children’s ministry at the Journey Assembly of God church in Bradenton became more difficult.
Most people probably couldn’t tell any of that. She kept things to herself.
Carter is married to Journey Assembly of God pastor Donald Carter. Together, they have ministered at the church for 16 years. She connects to the children through puppets and is an expert ventriloquist. Her motto is “life’s a hoot” and she dons a clown costume as another way to teach children about God. The stroke took away her ability to do all of that seamlessly.
But it was the migraines that really got to her. She went to neurologists and chiropractors, had multiple brain scans and took medication. Nothing seemed to work and the doctors couldn’t explain why.
“It was like a knife stabbing through my head. I went to one doctor after another and was grasping at anything I could get at,” said Carter, who is 61. 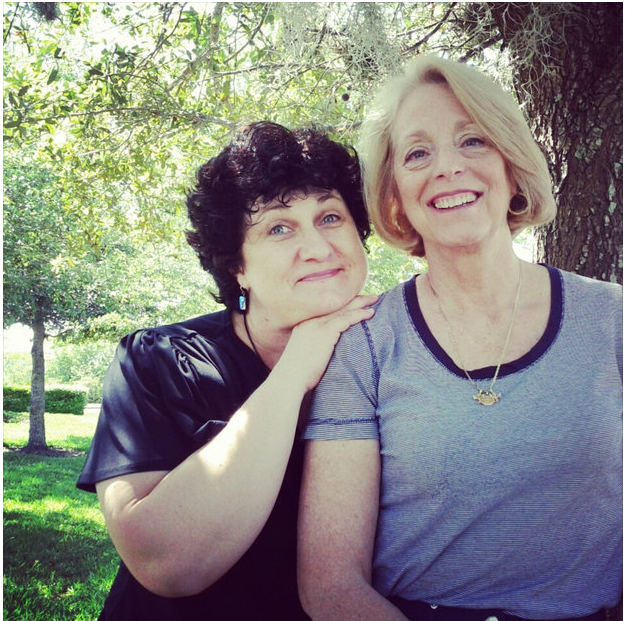 Then about a year ago, Carter discovered Interactive Metronome, a therapy designed to retrain the brain in how it engages with timing. In everyday activities, microseconds and milliseconds matter, although people without brain injuries aren’t aware that their bodies and minds naturally synchronize. Carter’s granddaughter had found success with Interactive Metronome therapy, which is why Carter decided to try it.
The therapy is used by occupational and physical therapists for rehabilitation of stroke and brain injury patients as well as for Parkinson’s disease, poor motor skills, and physical and mental problems that involve finely tuned timing. It’s also used for children who have learning difficulties and Attention Deficit Hyperactivity Disorder.
Developed in the 1990s, Interactive Metronome therapy is now used in hospitals, rehabilitation centers, schools and private healthcare offices. A home-based version recently became available.
Carter worked with Bradenton occupational therapist Mary Jones and began to feel relief from the migraines after 12 sessions.
Years earlier, Carter had been working at a church puppet show when the stroke hit. Like strokes often do, everything happened quickly.
“I felt funny. My left side went numb and the left side of my face was droopy. For a second, everything was fuzzy,” said Carter.
“When I stayed behind the puppet stage, people knew something was wrong.”
Her daughter recognized the signs of stroke immediately and took Carter to the hospital, where she stayed overnight. A few years later, Carter had a mini-stroke that was fleeting but increased the damage.
“I couldn’t do the children’s ministry anymore. You could tell me your name and I wouldn’t know it,” she said. “I couldn’t handle any noise.”
In her earlier career, Carter had operated a daycare center with 130 children, and mastered computers at a county government job. In her life as a pastor’s wife, she loved to teach and traveled overseas to train students for children’s ministries.
The stroke took away her identity because she wasn’t that same competent person, said Carter. Even so, she knew it could have been much worse.
“To put it into perspective, I could still think, walk and feed myself. I did not have a bad one,” she said about the stroke.
When she decided to try Interactive Metronome therapy, she went weekly or twice weekly for four months. That’s a standard treatment time, said Jones, who wanted to resolve Carter’s headaches and improve her speech fluency and concentration.
Interactive Metronome exercises involve moving the hands or feet in sequence to repetitive sounds that have a steady rhythm similar to a musical metronome.
One of the first exercises is to stand in front of a computer, wearing a headset and a glove with a push-button in the palm. The aim is to clap at each sound of a loud ding. The computer tracks the timing of the clap and how precisely it matched the sound.
For someone with a brain deficit, this simple exercise “is very hard on the brain, extremely hard,” said Jones. In the first session, which lasted all of 20 minutes, Carter left feeling drained and exhausted.
But she stuck with it. Eventually, the exercises helped increase her brain’s plasticity and processing speed, said Jones.
Jones was introduced to Interactive Metronome therapy eight years ago in a training program when she worked in pediatrics at Blake Medical Center. Initially, she wasn’t impressed.
“I thought this was really boring,” said Jones. “But when I used it, I was amazed at the results.”
Now in private practice, Jones uses Interactive Metronome therapy extensively. She works with children who have ADHD to help them develop more impulse control and improve their schoolwork. At Beyond the Spectrum, a Bradenton school and therapy resource program for autistic children, Jones uses the program to help autistic children integrate sensory perception.
The therapy also is used for non-medical reasons to increase mental efficiency and enhance sports performance, such as in baseball, tennis and golf, said Jones.
Carter credits Interactive Metronome therapy for the renewal of her creativity, which the stroke took away. She heads the church’s puppet ministry, which includes drama and dance.
She also is really thankful that the severe migraines have stopped.
To learn more about Interactive Metronome therapy, visit www.interactivemetronome.com.
Susan Hemmingway, Herald health correspondent, can be contacted at shemmingway@hotmail.com.
Read the Article on Bradenton.com