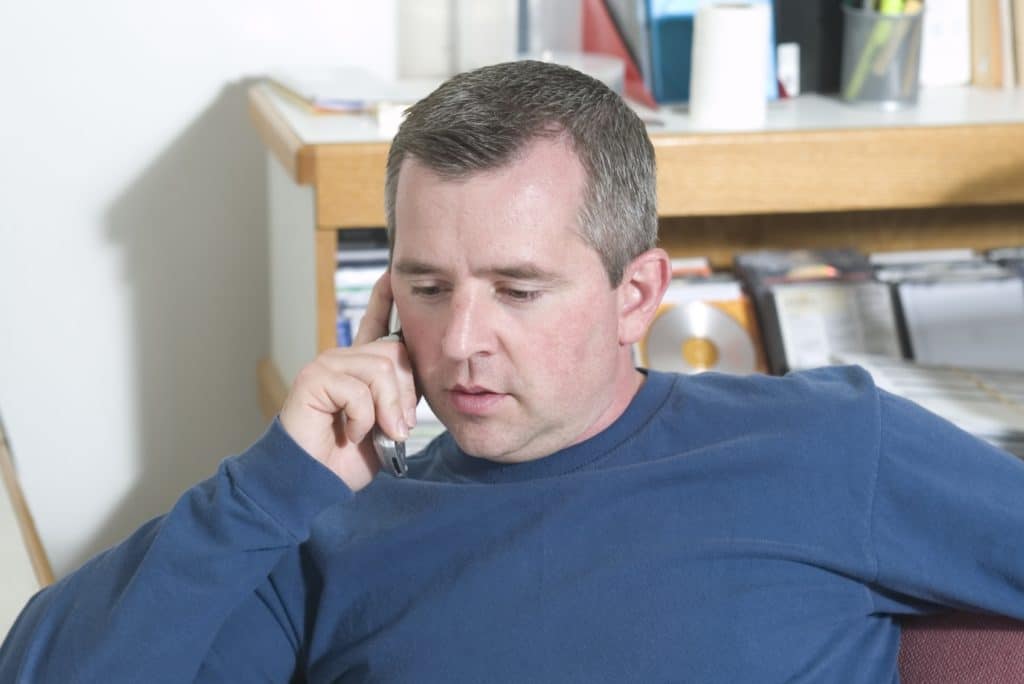 John a 47-year-old Kansas man with no prior health concerns. Both he and his family were devastated when he suffered a CVA last October. After being discharged from the acute care hospital and inpatient rehab program, he was referred to Kansas Rehabilitation Hospital where he could access specialized rehabilitation services.

As a father of four teenagers and the bread- winner for his family, John was very anxious to do everything he could to regain his independence with daily living skills and mobility that were reduced by a significant left upper extremity tremor, left-sided spasticity, poor standing balance and a decreased ability to sustain his attention to complete challenging functional tasks.

When he started his outpatient therapy pro- gram, John required assistance from his wife to complete basic self care tasks and he was forced to have a family member with him at all times because of unsteadiness with his gait. He was dependent for all Instrumental ADL tasks—including use of the phone.

When John’s Speech Therapist suggested that he would benefit by participating in the Interactive Metronome (IM) program because of his difficulty processing, he was curious to find out more. Prior to his first IM session, John’s family went to the Internet, as directed by his therapist to get more information (www.interactivemetronome.com). After learning more, John and his family decided it would be a good idea to try IM.

So, three times each week, John’s treatment included IM. During each session, he stood in front of a computer with a pair of headphones on. A metronome beat was heard through headphones and visual guides were displayed on the monitor. John was prompted to match each beat with a variety of hand and foot movements, including crossing mid- line. The program measured to the millisecond how closely he matched the beat.

As each session progressed, John got closer and closer to the beat. As his score was improving, the neural pathways in his brain were strengthening enabling his mental processing speed to increase. As his processing speed increased, so did his balance and coordination. The improvement in his executive functioning became obvious. A ripple effect began in John’s progress.

John and his wife could see the obvious changes in his timing by reviewing the data during and after each IM session with his therapist and comparing his performance to previous sets of exercises completed. The physical assistance he required to maintain his balance decreased while performing all of the IM exercises in a standing position. He was also able to concentrate and attend to the IM exercises for extended periods of time. The gains John could see by reviewing the IM data were confirmed by a variety of objective timed coordination tests and ADL scales used to measure John’s progress throughout his rehab program.

After 19 IM sessions, John was discharged on January 13th, 2005 with the following gains:

On February 1, 2005 John successfully passed his driving evaluation and began driving again. He even returned to work full time. John had met his goals and is happy to be back to his normal routine.