These ADHD therapies offer fun and games with a serious purpose: increasing your child's focus.

Ben is a 12-year-old with ADHD, who used to have trouble in school. His grades were below average, and he was easily distracted, unable to remember much of the material taught in class. Ben struggled with homework assignments and studying for tests. He felt defeated, and was frustrated by his parents' attempts to get him to study harder. He put in the extra effort, but nothing seemed to help. 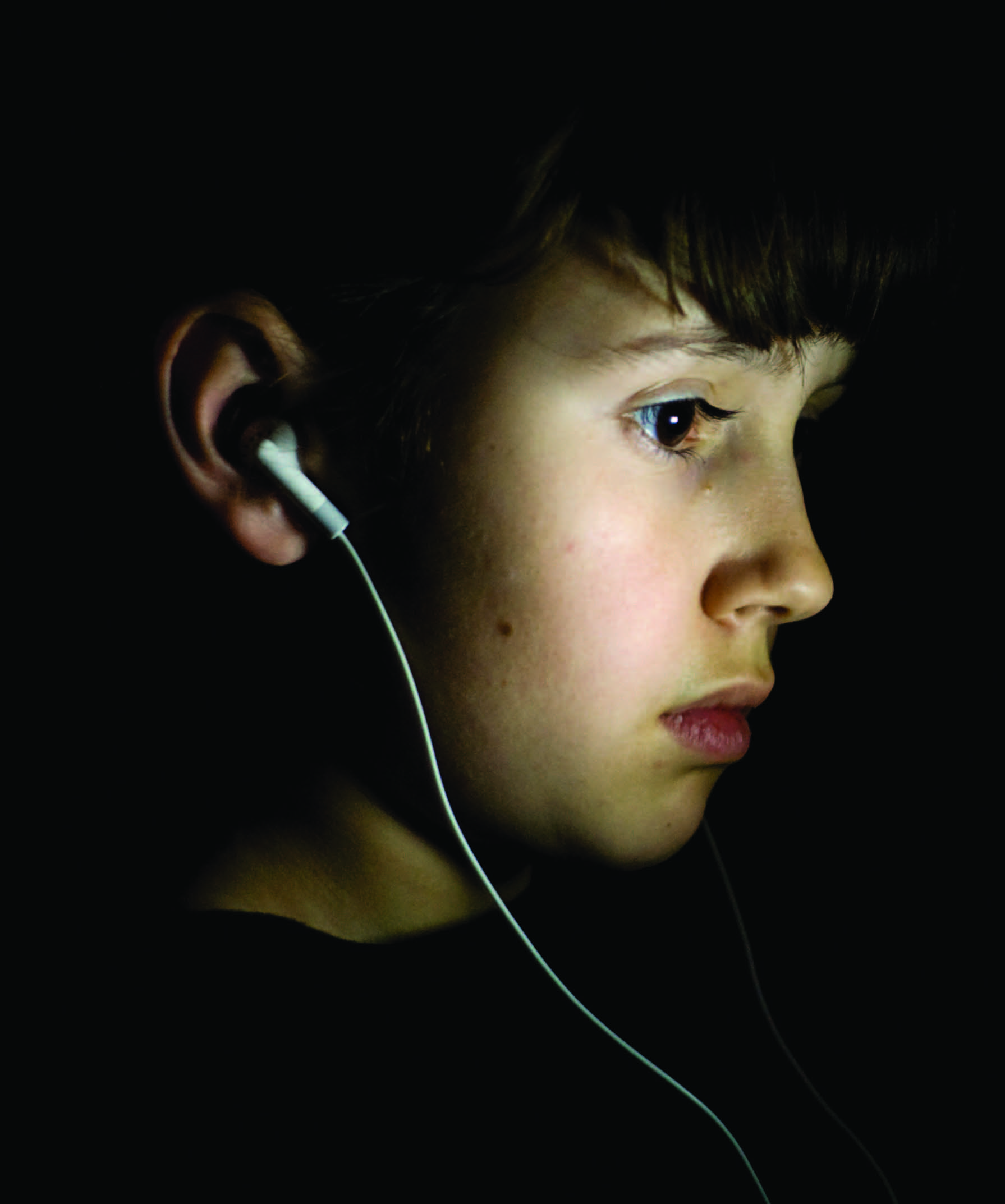 The results were surprising. His working memory improved, he retained more information in class, and he got higher grades on tests and quizzes. And the success made Ben feel better about himself.

"Working memory is the ability to hold information in your mind for several seconds, manipulate it, and use it in your thinking," says Tuckman. "It is central to concentration, problem solving, and impulse control."

People with ADHD can't always hold on to information because their attention gets hijacked. They are distracted by things around them and by new thoughts that come to them. Improving your working memory capacity enables you to pay attention, resist distractions, manage your emotions better, and learn.

Researchers have developed high-tech therapies that sharpen working memory and improve focus in children and adults with ADHD. Brain-training programs are not designed to replace ADHD medication, which helps manage core symptoms. They are adjunctive therapies that benefit ADDers in ways that medication doesn't.

"The potential for brain training as a new therapeutic tool is phenomenal," says Amit Etkin, Ph.D., assistant professor in the department of psychiatry and behavioral sciences at Stanford University. "By understanding brain circuitry, we can tailor interventions that medication or psychotherapy do not access or improve. The great advantage is that these programs are not invasive, have minimal side effects, and are, for the most part, fun."

Here are the whys and wherefores of each program, so you can decide which might be right for your child.

The recommended protocol for Cogmed is 25 sessions over five weeks. Trained professionals instruct a child in using the software and coach him through the tasks and goals, if needed. Training is done at home or in school. (Cogmed for Schools is supervised by a teacher.) The program is Web-based and compatible with any computer that supports Flash.

When a child sits at his computer, he is presented with eight tasks (games) to do. He must complete all of the tasks in each session, doing them in any order he chooses. The Cogmed program automatically adjusts the degree of difficulty based on the user's performance, so that the child is always challenged but not overwhelmed. "Parents tell me that their child seems more mature after doing Cogmed training, which is a way of saying that the child is easier to parent," says Tuckman.

Cogmed has been researched extensively — more than 25 articles have been published in scientific journals — in double-blind, placebo-controlled studies. The studies show similar results–around 80 percent of those who finish Cogmed training see significant improvement in working memory capacity, which leads to improved attention, behavior, and the capacity to learn.

Interactive Metronome (IM) has 10 years of peer-reviewed research behind it. Sessions can be done in an office with a trained coach, at home under a coach's supervision, or virtually at home. This program challenges the user's working memory by synchronizing a range of hand and foot exercises with a precise computer-generated tone heard through headphones. A child tries to match the rhythmic beat with repetitive motor actions. An auditory-visual guidance system gives immediate feedback, measured in milliseconds, and keeps score. IM improves the brain's timing through exercise and practice. Better timing sharpens focus, coordination, planning, and processing speed.

"Neurons that are firing are engaged in cognitive activities," says Kevin McGrew, Ph.D., director of the Institute for Applied Psychometrics/Research and science director for Interactive Metronome. "If we can increase neuro-efficiency with different types of environmental manipulations, the neurons will fire more frequently and process cognitive information more efficiently. It's like spraying WD-40 on the brain cells, to better synchronize the communication system that affects executive functioning and controlled attention."

April Christopherson, OTR-L, a neurological and developmental occupational therapist and director of occupational therapy at The Shandy Clinic, in Colorado Springs, uses Interactive Metronome with children and adults. "A lot of kids with ADHD have theirauditory processing system firing at the same time as their visual and motor systems. A neurotypical person might be able to sit still in a classroom, listen to the teacher, write down what he needs to, and maintain focus. IM trains a child's brain to coordinate all of this sensory processing."

It takes persistent, consistent training to create new neural pathways. "I ask kids to do a minimum of 30,000 repetitions over the course of treatment," says Christopherson. "With the IM home system, I access each child's hours and scores online, to see how many repetitions he's done and how many days he has trained this month. If he's not keeping up, I lock his program until he comes into the office and gets back on track."

One of Christopherson's clients, a six-year-old named Peter, had been receiving speech and occupational therapy for two years, but his problems still held him back in school. Peter was enrolled in a six-week (18 sessions) course of IM. Sometime around the fifth week, Peter's mother observed that he communicated his needs more clearly, was less frustrated, and was able to complete tasks without being reminded to do them. In school, he paid more attention in class. At a parent-teacher meeting, Peter's teacher asked his mother if she had changed his medication. The only thing that was new was the IM therapy.

At the heart of ifocus is Jungle Rangers, an award-winning video game that is played at home. Developed by a group of scientists, researchers, doctors, and concerned parents, the game grabs a child's interest with engaging characters and an intriguing story line, while stimulating his brain with three cognitive exercises — Span Tasks (to help absorb and store information), Continuous Performance Tasks (to help block out distractions), and N-Back Tasks (to help store and update information over a longer period of time). These exercises improve regulation of emotions and behavior, two key factors in attention. The game helps a child filter, focus, absorb, and remember information.

"Parents say, 'I don't think my kid has ADHD, because he can sit and play video games for hours. But when it comes to doing schoolwork, he can't do it at all,'" says Kimberly Kerns, Ph.D., a pediatric neuropsychologist at the University of Victoria, in British Columbia, who consulted on developing Jungle Rangers. "The game doesn't ask a child to move his cursor around fast and do lots of different things at once. The game creates new pathways for learning while recognizing and adjusting the skill level to the child's abilities."

ifocus has additional resources for parents, including information on behavioral strategies for increasing focus, exercise programs, and nutritional guidelines for optimal brain health.

"When I got the package, I expected a video game," says Julie, the mother of two sons, "but it was a holistic approach to helping my boys with their focus and attention. My youngest has a hard time staying on task. I say, 'Go brush your teeth,' or 'Go do your homework' and, five minutes later, it's not done — or even started. After playing the games for several weeks, he doesn't dawdle quite as much, and I'm not hounding him as much to get things done. It has reduced the stress in our household."

In addition to cognitive improvement, children benefit emotionally. "For many kids, medication helps regulate impulsivity," says Kerns. "They are not doing it themselves, the medication is. Giving kids the tools to control their own impulses makes them feel like they can take control of their behaviors. They feel good doing it themselves."

THE FUTURE OF BRAIN TRAINING

While there is excitement among researchers about using brain training to treat ADHD, Etkin offers a realistic perspective.

"Right now, the brain training literature is a mess, because people are learning how to do it right," he explains. "It's early, and benchmarks are starting to be developed. There's always hope that there will be some cure that's easy, fast, and lasting, but, as a clinician and a scientist, I can tell you that cures are never easy, fast, or lasting, and they require a person to do a lot of work themselves. You have to continue doing your homework to make it last."

That's an investment many parents — and their children — would be willing to make.

The good news is that as the human brain continues to be mapped and explored, it's clear that brain training will be a part of a new frontier in treating children with ADHD.

View the Article on ADDitudemag.com