IM training helps the US Clay Target Academy get on target! 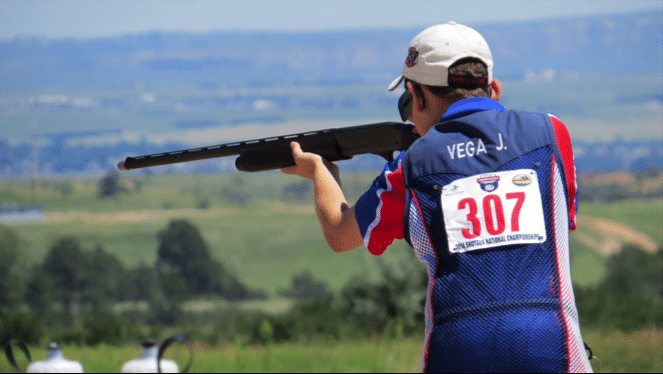 Gaining an edge on the competition can take many forms. Although “practice makes perfect” is a common mantra, there are, unfortunately, all too many athletes that turn to the needle to get to the top. Look no further than Lance Armstrong, Manny Ramirez, Alex Rodriguez, Dion Jordan, Brandon Browner, Marion Jones, Barry Bonds, and the hundreds of others suspended in our major sports leagues every year. All of these individuals were already at the top of their profession, but the lure of major stardom pushed them all to take risks with their bodies.

But never fear, young athletes! There are plenty of ways to improve performance without a prescription. Just like many things in daily life, superior athletic performance requires impeccable timing and a little bit of natural rhythm. Brain timing, or Neurotiming®, is a “jack of all trades” mechanism that manifests itself in walking, fine motor control, speech patterns, the ability to attend over time and overall efficacy of brain communication. Developing and strengthening the critical timing and rhythm in the brain’s functional networks helps to improve neural efficiency and communication. That leads to improvements across the board! When you are a premier athlete, it means you can gain a mental advantage over your competition. What’s even better than a mental edge? How about if that mental edge translates to a physical advantage? Sounds pretty good, right? We thought so.

And that is exactly what Interactive Metronome® does. IM is a patented and unique training tool that challenges thinking and movement simultaneously, providing real-time millisecond feedback to help synchronize the body’s “internal clock.” By allowing for more efficient communication between the brain’s functional networks, IM training allows your brain to send signals to your muscles faster. It helps your brain process stimuli (defenders, moving targets, a ball, etc.) at a faster rate. By facilitating the transmission of information among the brain’s various thought centers, it also helps users make decisions faster.

Yes, you can actually think faster and move faster! Add to that a little of the practice we were talking about earlier and you may just become an unstoppable force on the field and in daily life.

Which brings us to clay target shooting. How can IM training help US Clay Target Academy (USCTA) shooters reach peak performance? “It has been shown in optimization models that a rhythmic cue may result in complete specification of the dynamics of the movement over the entire movement cycle, reducing variability, enhancing temporal precision, and facilitating the selection of optimal movement trajectories, velocity, and the acceleration parameters.” Additionally, “improvements in motor timing as an effect of SMT (synchronized metronome training) can seemingly be transferred to an unrelated motor task [such as shotgun sports].”(Sommer et al. 2014)

So what does that all mean? It means that IM training helps our friends at the USCTA identify the clay target sooner, more accurately determine its trajectory, and synchronously coordinate cognitive, visual & motor actions to move quickly to the target for a higher percentage of first barrel center shots. That all leads to more targets hit, and more championships won. We are proud to be a sponsor of these young athletes as they hone their craft. In fact, one young man makes us particularly proud. Joshua Vega, the son of our Clinical Education Director, is dominating the field in just a few short years. Sure, he had loads of natural talent and great coaching from world class shooters, but IM training has really helped him reach a new level. He simply can’t be stopped; if you have a target, Joshua can hit it.