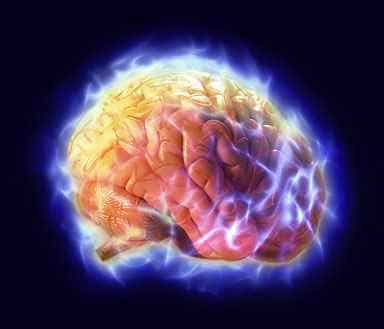 Have you ever wondered how fast your brain really is? Sure, we spend a lot of time going on and on about neuro-timing, but does it really matter how fast your brain operates? Yes! We can’t stress that enough. Have you ever drop a glass, caught it and applauded yourself for not covering the kitchen floor with dangerous shards of glass? Well, nevermind that you are the one that dropped it, you aren’t cleaning up glass because of lightning fast temporal processing (timing in the brain) and coordinated movement.

Daily life moves pretty quickly and your brain has to react to everything around you, literally everything. Think of the consequences of hitting the brakes a split-second too late…could be devastating. One missed reaction and your life could forever be changed. Never fear, if you pay attention, you actually don’t miss a whole lot because the human brain can work really fast. It is often compared to computers; so, how does it stack up?

Studies suggest that the human brain has 86 billion neurons (brain cells). It was estimated that people had as many as 100 billion, but those were just simple, theoretical estimates. Don’t worry about those 14 billion neurons; it isn’t just the number of neurons that matters. After all, not all of these neurons are created equal. In fact, one researcher has likened the phenomenon to Facebook.

Facebook? Yes, Facebook. Apparently, we are social because our brains are social. While some nerve signals don’t do much at all—simply acting as a passive channel or tuning out entirely, others are bundled in highly active communities. Much like your friends that post frequently and share information, these neurons have more “likes” and “friends.” They receive more information from the network around them. They promote connectivity and have the power to directly affect those connected to them.

Then, there are the other neurons, the ones that signed up years ago and don’t post anything. They do, however, have potential.

Each neuron has about 7,000 synaptic connections on average. So, even if they aren’t “posting” (firing) right now, they do have the connections and the ability. Each of these neurons can fire every 5 milliseconds, or 200 times per second! That gives your brain an incredible capacity for raw calculation. Let’s use that brainpower and do some math.

Now, as we stated, that is just raw computing power; that isn’t indicative of how many real actions and decisions you could make per second. So, how long does that take? MIT neuroscientists have shown that it takes 13 milliseconds to process an image, shattering the old notion of 100 milliseconds. Since identifying and responding to an image is a rapid, continual process, it is a good baseline for calculating decision-making time. The same study also show that it takes as much as 100-140 milliseconds to initiate eye movement, which is a good measure of fine motor control.

What does that all mean? Like we have said repeatedly, it means that your brain is amazing! The human brain can complete almost 77 complex processing tasks and initiate between 7-10 precise movements per second. That is, assuming the brain is working at peak efficiency. And efficiency is crucial in such a complicated process. One study shows that “like memory, human intelligence is probably not confined to a single area in the brain, but is instead the result of multiple brain areas working in concert.” Your brain’s functional networks must link together and coordinate efficiently and effectively if any of those millions of billions of signals are to get anywhere.

Interestingly, our brains rely on connected networks because one network simply couldn’t do the job. In a study published in the journal PLos Computational Biology, Peter Latham, a neuroscientist from University College London, and his colleagues show that the brain stores information in bundles of about 500 memories. Each additional memory, word, skill, etc. in the bundle means more neurons firing…basically, more parts of your brain talking. Since there is a vast amount of random, meaningless noise produced during neural communication, each brain network is limited by size or it risks being drowned out by this noise. Once you fill up a network, any additional memory will turn the volume up loud enough that it garbles the signal; essentially, that memory would be the straw that broke the camels back.

The good news is that there is no limit on the number of networks. Tens of thousands, maybe millions, of these networks can communicate in the brain’s version of the Internet. This network is always checking for redundant memories, cataloging new ideas and skills and tagging information. It is a constant process, like Google crawling the vast array of webpages—some were there from the start and others are being created right now without your knowledge.

Like Google, it never stops adding new information. Each new smell, each new thought. Neurotransmitters continually cycle through the brain, helping to send these billions of signals per second. It only takes your brain five seconds to release its store of neurotransmitters, send ALL of them through the brain and recollect them. That full cycle represents billions upon billions of thoughts and actions…all in just five seconds! Synchronizing all this communication is how Interactive Metronome® is able to help the brain work more effectively.

Imagine a Walmart distribution warehouse without a manager. It would be chaos. Boxes would keep coming down conveyor belts with no rhyme or reason. Soon, trucks aren’t being loaded properly, or on time. Accidents begin to happen as boxes bump into each other and pile up at the end of the belts. In time, the stores that rely on the warehouse are out of inventory. If they go without inventory long enough, they very well could shut down. That warehouse is like a brain out of sync and those boxes are nerve impulses that signal the body to move, breath, swallow, speak, react, love or cry.

IM training can be the “logistics specialist” for the brain’s networks. In the previous example, the boxes are always there and there is no distinction between what may be in that box. Interactive Metronome can’t change the signal. It can’t make you smarter, but what you do after IM can. IM training acts as a supervisor to ensure the “boxes” (nerve impulses) actually reach the “truck” (the final action, thought, feeling, etc. intended by the brain’s signal) on which they need to be loaded. Although, IM training does not literally make you “smarter,” it does help clients work at peak performance.

When the brain’s functional networks are synchronized and communicating, our neurons can fire at their peak levels. This frees up cognitive function that can be used for coordination, control, balance and attention. With proper direction and practice after IM, the newly freed cognitive capital can actually help make every package valuable by cutting down some of the noise. More efficient communication equals less missed signals and less neural clutter bogging down each of our brain’s functional networks. So, as we said, while IM may not make you smarter, your rewired brain makes it easier for you to put in the work and get there.

Conditions like autism and Parkinson’s show that the loss of just a few connections can rob us of the ability to control cognitive processes, behavior and movement. Timing in the brain, temporal processing, is essential to your brain’s ability to understand spatial relationships, control movement and process information. Much of our lives revolve around timing. Speaking is all about pauses and timing. Walking in rhythm relies on coordinated, timed movement, as does dancing; even baking cookies is a matter of timing. Now, individuals can restore function to the brain’s temporal processing network, not simply rehabilitate and adapt to deficits.