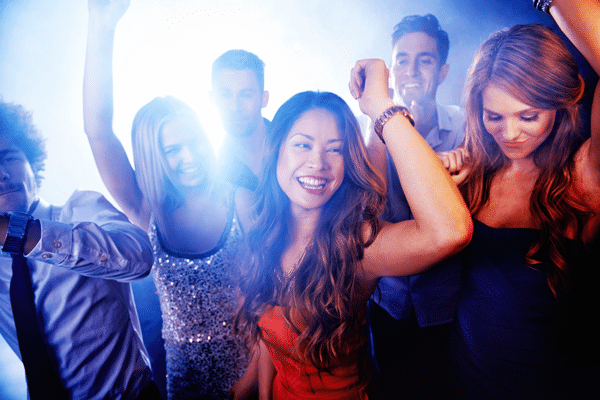 We’ve got rhythm, yes we do. We’ve got rhythm, how ‘bout you? With most modern pop music based on beats of two and four, people are generally exposed to rhythm for hours every day. That doesn’t necessarily mean you have rhythm though. Neil Young and the Beach Boys have stopped performances because audience members’ off beat clapping was becoming a problem. Now that is bad rhythm! But what if they couldn’t help it? What if being “beat deaf” was a medical condition? Science says it may be, and that is a big deal.

New research suggests that a small percentage of the population is, in fact, “beat deaf.” Finally, you can tell your children you have a medical reason to dance so poorly. We are kidding, of course. Or are we? Dr. Jessica Phillips-Silver is studying rhythm with a team at the International Laboratory for Brain, Music and Sound Research in Montreal and has found some interesting results. Although it is rare, some people apparently do have a true inability to match a beat. Dr. Phillips-Silver has a Ph.D. in neuroscience and auditory development, and has devoted herself to beat deafness, “a form of musical brain disorder,” because of rhythm’s importance on human development.

Why does rhythm matter? Well, it seems that even if you don’t think you have rhythm, your brain does. Nathan Urban, a neuroscientist at Carnegie Mellon University, has been studying rhythm in the brain and he has come to one conclusion, “The brain absolutely has rhythm.” In a recent article on NPR.org, Jon Hamilton writes about Urban’s work with neuronal synchronicity:

The internal cadences of the brain and nervous system appear to play an important role in everything from walking to thinking … And abnormal rhythms have been associated with problems including schizophrenia, epilepsy, autism and Parkinson’s disease. The rhythms of the brain begin with the firing patterns of individual brain cells … They’re little clocks … They have an intrinsic frequency.”

Urban makes a great analogy about how the brain’s neurons fire together. He says, “It works a bit like a room full of people clapping their hands. At first, each person claps to his own beat. But if you ask them to clap together, they’ll start listening to their neighbors and adjusting their rhythms until the claps are synchronized.” This is an important principle for your brain because neurons that fire together develop stronger connections that are essential to memory, attention, coordination and learning. If you want your brain cells to work efficiently, they must sync up like the people clapping in Urban’s room. They must be in rhythm, they must fire on time.

Rhythm is essential to human development. The rhythmic beat of waltzes from the 18th century can still be heard in modern pop music. Afro-Cuban musicians have spent years crafting in depth polyrhythms called “guaguanco” that has become the defining characteristic of the culture. Gentle lullabies are used to soothe crying children. Heavy metal music inspires the violently intense dancing of “mosh pits.” Pulsing electronic beats can fill dancehalls with hundreds grinding to the same beat.

Whether you know it or not, you have beats ingrained in your psyche. Beethoven knew it, Mozart knew it, Scott Joplin knew it, Elvis Presley, Quincy Jones, Jay-Z, Garth Brooks, Diplo and even Justin Bieber know it; they all base their songs on beats that have been played for thousands of years. Ever wondered why new music seems almost familiar, like you already know the rhythm? How do people dance to music they have never heard before after simply hearing a small part of the song? Well, deep down, they always knew that song…somebody just put new words to it. Music and rhythm speak to humans; it is inherently human. After all, who else can dance like we do?

As it turns out, parrots and Asian elephants, but they might be the only other animals. Not even our closest relatives, chimpanzees and orangutans, can break it down like we can. Despite what thousands of videos of dogs, cats, turtles and bears would suggest, those animals weren’t really dancing. Researchers agree that although these animals were most likely mimicking behavior or responding to other cues, they weren’t really trying to match the beat. No, only humans, parrots and elephants seem to do that. Since parrots and elephants are terrible musicians, it is fair to assume that humans are the only animal with both the ability to produce music and a seeming need to move around when we hear it. And when rhythm matters, timing matters.

Timing is a domain-general mechanism that affects every part of human life. Sleeping and eating are on natural timing cycles. Walking relies on coordinated, timed movement. Speech relies on timing, pauses and emphasis. This idea is so important that it is the foundation of speechwriting. If you master speech’s rhythm and timing, you can master your audience. Nowhere is this more obvious than in political speeches. Reagan knew the importance when he asked Gorbachev to “tear down this wall!” Obama’s wordsmiths road the motivating wave of “Yes we can!” all the way to the White House. Hitler changed the fate of the world through his motivating, yet demented, public addresses. (Disclaimer: no comparison is being made between any of these men, only between their use of patterned speech.)

But as we have said, it isn’t just speech. It seems that every essential brain function relies on timing. A study by Kristyn Kuhlman and Lawrence J. Schweinhart of High/Scope Educational Research Foundation found significant correlations between the students’ mental timing as measured by IM and their academic performance in reading, math, language, science, social studies and personal study skills. The study, Timing in child development, was one of the first to show that you can not only accurately measure timing and rhythm in children, but that it can be directly related to gains in other areas. It shows that brain timing plays a foundational role in a child’s academic performance.

Childhood development is only part of the story; deficient Neurotiming® is responsible for a host of degenerative conditions that are also seen in adulthood. Your brain is pretty amazing, but that doesn’t mean it can’t get out of sync. Rhythm and timing may be natural cycles, but they must be developed and reinforced.

It is this timing that affects the rate our brains process inputs (temporal processing) and respond to those stimuli. Since conditions such as ADHD, Dyslexia, Parkinson’s, Cerebral Palsy, autism and TBI have all been associated with poor temporal processing, improving neural efficiency could potentially slow or reverse the affects of a host of clinical disorders. Greater neural efficiency results in more efficient brain connectivity, communication and synchronization between the essential brain networks. However, increasing that efficiency is only part of the process.

Interactive Metronome® (IM) synchronizes and improves the efficiency of our internal brain clock(s), which improves temporal processing and neural efficiency. IM is the only training program that improves timing in the brain and coordinated movement in an organized, systematic, flexible and engaging format. IM is a patented and unique training tool that challenges thinking and movement simultaneously, providing real-time millisecond feedback to help synchronize the body’s internal clock. This, in turn, allows an individual to reach their full potential academically, socially, professionally and athletically in only minutes a day, a few days a week.

So what are you waiting for? Try IM today and become an influential political leader and world-renowned dancer! We are kidding again, of course, but only slightly. If you have it in you, let IM help bring it out. Take your brain training to the next level!