Testimonial: Going to Back to School with ADHD 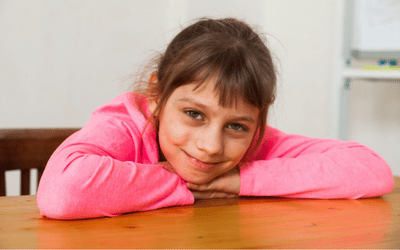 Anna is a 9-year-old girl diagnosed with ADHD who had difficulty with focusing, distractibility, organizational skills, & reading comprehension. She was easily bored and exhibited moodiness as well as emotional meltdowns. She tended to be hypersensitive and extremely frustrated by the end of the day, in addition, she also displayed emotional problems toward her mother.

The results of neuropsychological testing indicated a diagnosis of ADHD, combined type, where both attention and inattention and hyperactivity/impulsivity are present.

The following tests were administered prior to Anna starting her Interactive Metronome training: Math Fluency Subtest of the Woodcock-Johnson-III, Test of Variables of Attention (TOVA), Working Memory and Processing Speed Sections of the Wechsler Intelligence Scale for Children-IV (WISC-IV), Conner’s Parent Rating Scales.

Anna completed 14 sessions of the Interactive Metronome Program, which consisted of 20,000 repetitions over all 14 IM exercises. An initial Long Form Assessment indicated overall performance at 82.9 milliseconds, which is in the below-average range of functioning. Anna made 75% early hits and 25% late hits.

Re-evaluation upon conclusion of Interactive Metronome training indicated performance of 26.2 milliseconds off target, which is now in the exceptional range of functioning. Anna made 56% early hits and 44% late hits upon re-evaluation. Overall task average improved, ranging from 35% to 89% improvement. Variability improved from – 119% to a maximum improvement of 90%. SRO improvement started low at 70% and improved to a high of 530%.

Behaviorally, the family noticed that Anna was taking better initiative. Grades were now all A’s and B’s. She was learning better ways to study and also demonstrated improvement in her temper tantrums.

These results are compared to Anna’s initial Neuropsychological Testing.

Results of working memory measures indicate there has been no change in working memory as Anna initially attained an IQ of 80. Processing speed improved slightly from 94 to 97.

Anna made significant improvement on the Conner’s Parent Rating Scale. The following are pre versus post Interactive Metronome results:

Results of the Conner’s Rating Scale indicate significant improvement in the area of oppositional behavior, cognitive problems, inattention, and hyperactivity. Psychosomatic behaviors have also decreased. All ADHD indices have decreased significantly. Mild improvement is also noted on a measure of hyperactive and impulsive behaviors.

Significant improvement was noted post Interactive Metronome training on measures of sustained attention, fluency skills, and behavioral indices of ADHD. No significant changes were noted on measures of working memory and processing speed.

In all likelihood, as Anna was tested at the end of the day and had not taken her stimulant on that day, the cognitive improvement was attributable to the IM and not the effects of stimulants. However, the behavioral measures of ADHD probably represent a combined improvement of both the effects of psychostimulant medication and Interactive Metronome.