Dietary Change: How eating metal can help your body and brain 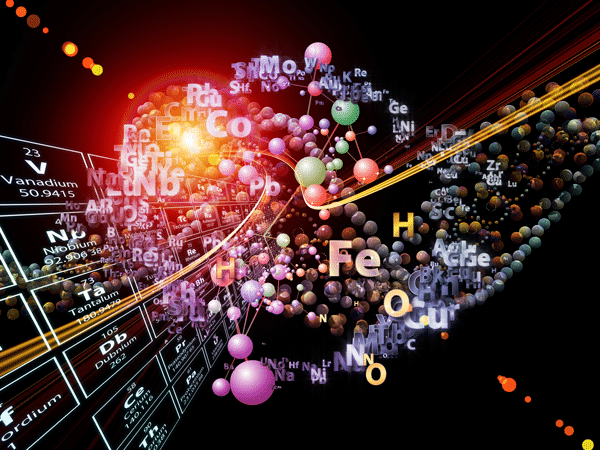 Wow! We have made it to Part IV, trace minerals. Otherwise known as microminerals, trace minerals are only needed in trace amounts (easy to remember, right?). Depending on which source you follow, there are anywhere between 7-12 trace minerals. Regardless of the true number, we will cover 11 (well, 12…but one of them may be unnecessary). We will attempt to cover these minerals in order of their recommended dietary allowance (RDA), which is a good indicator of importance. Let’s begin.

·         Iron – As it turns out, we have a lot of metal in our bodies. In fact, your blood is red because of iron in hemoglobin protein. It is essential to blood production and oxygen transport, making it crucial for brain health. Iron deficiency can lead to fatigue, dizziness, immune trouble, hair loss, pica, twitches and a host of other symptoms. Too much can cause liver trouble, arthritis, testicular failure and diabetes. The good news is that iron is very common, and overdosing is almost always related to other rare condition.

(Bonus fact: Recent studies suggest that MRI scans can help diagnose ADHD through the use of brain iron levels as a biomarker.)

·         Zinc – Most people’s experience with zinc is in connection with the common old, but there is so much more to this wonderful metal. Zinc is found in at least 100 enzymes, and in every enzyme class. While zinc is in the brain, muscles and bones, the highest concentrations are in the prostate and eyes. It is a major player in reproductive health and is abundant in semen. Not only is it a bearer of life, but zinc is also responsible for regulating apoptosis (or programmed cell death).

Zinc is no slouch when it comes to your brain either. It is helps regulate brain activity and plays an important role in synaptic plasticity and learning. Zinc deficiency leads to gastrointestinal problems, cancer and learning disabilities in children. However, be wary, as too much zinc can lead to nausea, diarrhea, vomiting; it is also a potential neurotoxin. So, even though zinc is good for the brain, maintaining balance is key.

·         Manganese – Manganese is a major player in the enzyme world; it is part of some and helps in the development of others. It is also an antioxidant and can help in the metabolism of cholesterol. It is essential in proper nervous system function and deficiency can lead to schizophrenia and epilepsy, as well as physical conditions like arthritis, osteoporosis and diabetes. Manganese poisoning, Manganism, is very serious; mild toxicity can lead to slowed cognition, compulsive behavior and irritability, but prolonged exposure can cause symptoms similar to Parkinson’s, ALS and MS.

·         Copper – It isn’t just in pipes and electrical wiring, it is in your body…albeit in very small amounts. Copper, however, is a big time player in the body. In one way or another, copper is involved with the formation of blood cells, protein synthesis, cholesterol metabolism, nerve transmission, oxygen transport, tissue repair, immune activation and blood clotting. Although it is only needed in small amounts, deficiency can lead to some pretty nasty effects, such as myelopathy (spinal disease), sensory ataxia and peripheral neuropathy (nerve damage). Yikes! As with any metal, don’t get too much or you will have a pretty rough tummy ache, black feces, jaundice and may fall into a coma.

·         Iodine – Yep, the stuff in your salt. And thankfully so; iodine deficiency affects as many as two billion people worldwide, even in developed parts of the world like Europe. Iodine is actually used to make the thyroid, so it comes as no surprise that low levels of iodine affect the growth and development of humans. Sadly, iodine deficiency is the leading preventable cause of mental disability in children (it is estimated to cost Germany one billion dollars in healthcare cost). Low levels of iodine can also lead to fatigue, depression and weight gain.

(Bonus fact: Iodine is the heaviest element in the human body by atomic weight.)

·         Selenium – Humans don’t need a lot of selenium, only about 0.15-0.2 mg per day. However, this little element plays a big role in amino acid production, antioxidants’ reduction activities and thyroid function. This connection may explain why selenium appears to reduce the severity of Hashimoto’s disease, a disease that causes the body to attack the thyroid.

·         Molybdenum – Another small, yet important mineral. Molybdenum helps with normal cell function by affecting nitrogen metabolism. It resides mostly in the liver and kidneys, but it can help fight cancer and actually may prevent cavities. Low levels of molybdenum have also been associated with spinal degeneration, although deficiency is extremely rare.

·         Cobalt – Cobalt isn’t just required by humans, but by all animals. It is a major component of cobalamin, otherwise known as vitamin B12. Since it is available when B12 is used, cobalt deficiency isn’t really a problem unless you are also deficient in the accompanying vitamin. Unfortunately, a beer foam stabilizer that contained cobalt led to a heart disease in some drinkers.

·         Flourine – Well, as fluoride for humans. Flouride isn’t actually essential since humans don’t need it to develop and sustain life; however, it was once considered essential to your teeth. Even though recent research suggests it may have more of a topical effect, fluoride can help in preventing cavities. Regardless, many countries do not add flouride to their water, as is common practice in the US, and dental health has showed no ill signs. While it is a very minor mineral, toxic levels of fluoride can lead to gastrointestinal pain and problems with bone formation. Some evidence even suggests that it can lead to brain damage, dementia and even arthritis.

Sources: Most city water and toothpaste

·         Chromium – For a long time, chromium wasn’t considered essential to humans, and some still feel that way. However, research suggests that chromium helps insulin function properly. Chromium may also be involved in the metabolism of carbohydrates, protein and fat. Overexposure to chromium can lead to premature dementia, as well as kidney and liver failure.

(Bonus fact: Chrome plating is short for chromium plating. Yep, your body needs that shiny stuff on your car and motorcycle.)

·         Boron – No, not boring. I know we have gone on a long time, but we are talking about a pretty cool trace mineral. Boron is actually a big deal for your health. It can used to treat conditions such as osteoporosis and arthritis, and it can help with the symptoms of menopause. Additionally, it helps build muscle, increases testosterone levels, aids in coordination and improves thinking skills.

Boron seems to accomplish all this by helping the body use other nutrients like calcium, magnesium and phosphorous. As such, boron deficiency often manifests along with the symptoms of other deficiencies and is therefore related to a host of problems. While it is important to regularly ingest boron, don’t overdo it. You can have too much of a good thing. If you do not have kidney problems, boron overdose won’t kill you, but it will leave you feeling righteously sick and could leave you with a bad case of dermatitis.

·         Bromine – Finally, we have reached our last micromineral, and it is a weird one. Bromine appears on most list as a trace mineral, and only recently has research pointed to its role in tissue development. On the other hand, high levels of bromine (as bromide salts) have been shown to inhibit the central nervous system. For many years, bromide was used as a sedative and anticonvulsant for epilepsy, in humans and animals. Your immune system also uses bromine to form an antiparasitic enzyme, although chlorine can be used if necessary.

There you have it, all 12 that we said we were going to cover. Pretty weird stuff, eh? Who knew that you have to eat chrome and pool cleaner to stay healthy, albeit it very, very small amounts…and technically, you aren’t just downing pool cleaner or scraping some metal flakes off of your bumper, but you see how crazy the human body can be.

In our next piece, we will cover even more incredible elements that benefit the brain and body. Some you may know; some will be new to us all. Some are minerals, some just organic compounds. Some of these dietary elements are found in our money, baking ware, fireworks and poison. As a group, these compounds all fall under the category of minor trace elements. So, onward to Part V.

Check out more on nutrition here…

Part I – You Are What You Eat

Part V – More Dietary Change: The US Mint, fireworks and your health