More Dietary Change: The US Mint, fireworks and your health 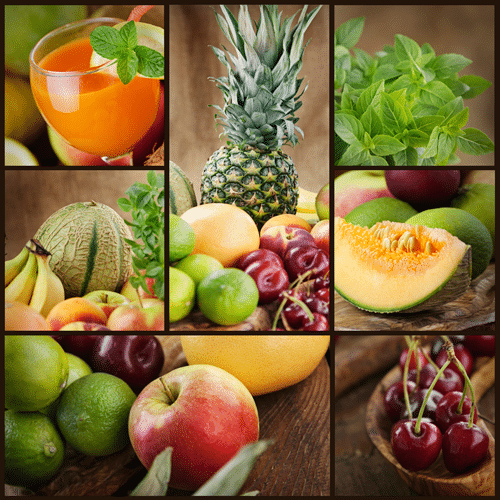 The US Mint, fireworks and your health

We promised more information on nutrition, and we take that promise pretty serious. Your health isn’t just tied to how long you get to spend with your kids or how many years you have after they are out of the house (maybe even the second time around). While eating healthy may add years to your life, what is really important is the quality of those years. Proper nutrition plays a major role in critical cell function, injury recovery, physical fitness and mental health. You might live to 100 without maintaining healthy levels of all the trace elements, but you would enjoy life more if you started eating coins, bake ware and poison. Confused? Don’t worry; we are about to explain in Part V of our nutrition series, trace elements and minor organic compounds.

·      Nickel – The first element we will consider is nickel. Yes, nickel. You might have a little in your pockets by way of the Jefferson Nickel, courtesy of the US Mint. We do mean a little nickel though, as the nickel coin is actually only 25% nickel (the rest is copper). But we digress. Just like the coins in your pocket, you don’t need a lot of nickel either. We have cellular receptors for nickel (they work for cobalt also) and it appears to be vital for several biological processes, but the full extent is unclear. Mostly, it appears to affect blood pressure. Although low levels of nickel can lead to kidney and liver disease, it does appear to have some toxic properties. Contact with nickel almost always leads to allergic reaction, and inhaled nickel can lead to bronchitis and some serious cancers.

·      Strontium – You may not be familiar with strontium, but it plays a big role in bone health. Strontium is chemically very similar to calcium and is occasionally used as a substitute. Naturally, most of the strontium in your body is found in your bones. While strontium isn’t necessary for proper neurological function, keeping your skeletal system healthy and strong will keep you upright and moving easier. It doesn’t do your brain any good to send out signals to a weak frame and/or broken bones. There is also some evidence to suggest strontium can help prevent sensory irritation when applied to the skin or teeth.

(Bonus fact: Strontium is what makes the brilliant red colors seen in most fireworks. The production of fireworks actually accounts for 5% of the worldwide market of strontium)

·      Lithium – Like nickel, lithium is a skin irritant and inhaled dust can lead to serious health concerns. And like strontium, lithium is used as a colorant in fireworks (also red). However, lithium plays a more important role in brain health than either. For years, doctors have prescribed lithium for the treatment of bipolar disorder and schizophrenia because of its mood stabilization properties (it can help with mania and depression). New research even suggests that it might also help with cluster headaches.

But how? Lithium affects the levels of serotonin and norepinephrine in the brain, both of which play a major role in mood, sleep patterns, behavior and mental clarity. Lithium might also be able to help protect the brain against dementia and Alzheimer’s. Research suggests that lithium helps prevent the dangerous beta-amyloid fibers associated with Alzheimer’s and it protects against glutamate-induced cell death. Since glutamate is your brain’s numero uno neurotransmitter, keeping neurons safe from excessive amounts is crucial. As if all that weren’t enough, research also suggests lithium could be responsible for a 25% increase in certain brain proteins and up to a 3% increase in grey matter. And there is nothing quite like growing new brain cells. But be careful, as with anything, too much will cause problems…notably, dizziness, vomiting, excessive thirst and urination, weight gain, fidgeting and diarrhea.

(Bonus fact: Lithium is found in batteries…batteries that are used in the production of crystal meth. Lithium can reduce pseudoephedrine and ephedrine [the stuff in Sudafed] to methamphetamine in a simple chemical reaction that can be done in a container as small as a 2-liter soda bottle.)

·      Silicon – Silicon is the most abundant mineral in nature, and yet we still don’t know everything it does for the human body. It is clearly connected to skin, bone, blood vessel and connective tissue development. Deficiency causes major issues with growth and development of hair, nails, skin, joint cartilage and the aorta. Deficiency even makes it harder for your bones to heal. Research also suggests that it affects aluminum absorption in the brain, which is a major contributing factor to Alzheimer’s. Fortunately, it is pretty hard to become deficient in silicon, as it is so widely present in any soil grown food source (i.e. just about any fruit and vegetable).

(Bonus fact: Silicon is an important part of cement, silly putty, some glass, semi-conductors and bake ware. Mmmm…eat up.)

·      Arsenic – Yes, arsenic, the highly dangerous, potentially life threatening poison…and necessary trace element that is used in a variety of medicinal applications. Arsenic, although extremely diluted, has been used for centuries in homeopathic medicine to treat everything from insomnia to obsessive-compulsive disorder (OCD) to hemorrhoids. Traditional medicine also employs arsenic compounds to treat certain cancers, and it appears to destroy cancer cells in leukemia.

Despite all of that promise, high levels of arsenic will put you down for the count. Arsenic poisoning leads to vomiting, diarrhea, convulsions, organ failure, hemorrhaging, coma and death. The European Union classifies arsenic as “toxic” and “dangerous for the environment,” it is internationally known as a carcinogen and the US regulates the amount allowed in food and beverage, including public drinking water. Deficiency has never been a medical issue, so stay the heck away from this stuff. You undoubtedly get enough already.

·      Vanadium – Vanadium, of course. Everybody knows about vanadium…right? Maybe not, and that is probably okay. University of Maryland Medical researchers say that it isn’t entirely clear if you actually need vanadium, and that a healthy, balanced diet supplies more than enough of this trace mineral for most people. Many supplement purveyors will tout drastically inflated benefits of vanadium. While it may very well help regulate insulin levels, prevent heart attacks and help with normal cell function, the FDA does not recommend any daily intake and there is no real research to support these claims in humans, only rats and chickens.

(Bonus fact: Vanadium in diesel fuel is a major corrosion hazard for engine components. It mixes with sulfur and sodium to make vanadate compounds that break down the protective shield on steel parts and then act as an additional abrasive.)

That brings us to another good stopping point. No need to cover tungsten and cadmium; they are not used by humans, merely low-level biological organisms like fungi and enzymes. It doesn’t mean we are done, not by any means. There is still much more to understand about what goes into your body and how it affects your brain health…well, your overall health. We still have fiber, lycopene, alpha-lipoic acid, co-enzyme Q10, polyphenols, flavonoids, steroids, aromatic acids, lignans, glucosinolates, monoterpenes, triterpenoids and…oh my god, I am boring myself. Time to wrap it up. Check back later for the next part in our series You Are What You Eat when we will be making the aforementioned topics much more interesting.

Check out more on nutrition here…

Part I – You Are What You Eat

Part IV – Dietary Change: How eating metal can help your brain and body