The explosion of research on large scale brain networks, and the “resting state” or “default mode or default network” in particular, has been dizzying.  I previously reviewed key brain network research describing the interaction between the default, salience (attention) and executive controlled networks.  The most important conclusion, which was reinforced by my personal experience with Interactive Metronome (IM), is that problems with controlled attention (focus) may be responsible for a number of the behavioral symptoms of ADHD—and this is due to the poor ability to suppress the random self-talk “background noise” of the default brain network.  [Click here for related IM-HOME ADHD posts; click here for ADHD- related Brain Clock.] 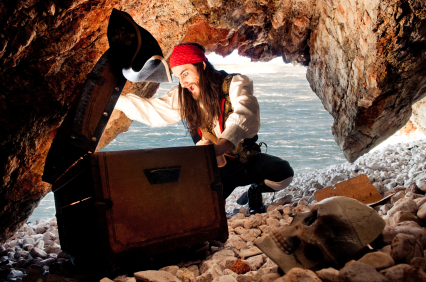 A new research review in Trends in Cognitive Sciences (January 2012, Vol. 16, No. 1) supports the hypothesis that ADHD may be a default brain network disorder. The authors state “In 2007, Sonuga-Barke and Castellanos suggested that ADHD could be considered a default network disorder“…and the authors of the current article agree.

Individuals with ADHD may have trouble stopping (inhibiting) the spontaneous intrusion of default network-generated random thoughts when engaged in tasks that require laser-beam focus on a cognitively demanding task (e.g., solving math problems; reading).  Either the default network does not function properly or is not synchronized well with other brain networks responsible for engaging controlled attention to shut down or inhibit the intrusion of thoughts generated by a busy mind.  A comprehensive review of the ADHD research in Neuropsychopharmacology also concluded that studies of the brain when it is at “rest” (default mode) reveal that one of the primary problems in ADHD “may lie in dysfunction of brain regions that, as discussed above, support a proposed ‘default network’.  Specifically, it may be the case that an abnormally high default mode network activity may interfere with CFP attention network activity.”  CFP refers to cingulo-fronto-parietal activation.

I am not alone in my belief that a faulty default network, or a default network that is not well controlled by other cognitive control networks (sometimes referred to as poor network coherence), is important for understanding ADHD and other cognitive disorders.  Check out “The Brains Background Noise” and “Diagnosis by Default” for other reports along these lines.  Also, a very interesting study linking the busyness of one’s wandering mind and working memory and attention fits nicely into this growing body of literature.

The ability to invoke “on-demand-focus”, to quiet the spontaneous internal self-talk and thinking we all enjoy when appropriate, is an important cognitive tool that can be trained.  Forms of meditation appear to operate along these lines.  As summarized in my prior posts, IM is a cognitive tool that can help individuals hone their ability to invoke on-demand-focus.  The attention-capturing pirates need to be kept at bay when the brain’s precious limited golden resource of attentional control (focus) is needed.