The Science Behind IM 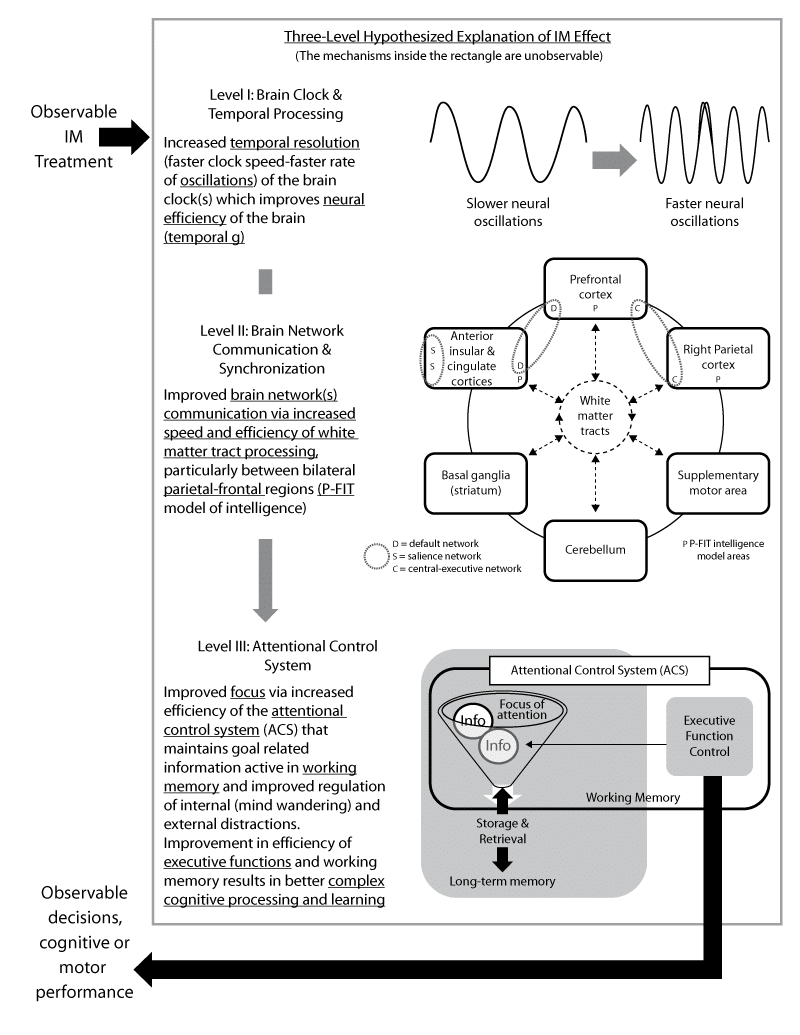 Interactive Metronome® (IM) is believed to improve the resolution and efficiency of an individual’s internal brain clock(s) and temporal processing. In turn, it is hypothesized that this results in more efficient brain connectivity, communication, and synchronization via increased integrity of the brains white matter tract communication system, producing more efficient communication between critical brain networks. In particular, research and theory suggests that IM training increases the efficacy of the parietal-frontal brain network, the brain network most associated with general intellectual functioning, working memory, controlled attention and executive functions.

The primary conclusions from the detailed scientific explanation of the IM are:

IM Works.
Find Out How It Can Impact Your Practice

With IM you can easily scale & grow your practice, all while achieving better patient outcomes!