Falling Apart at the Seams

Falling Apart at the Seams 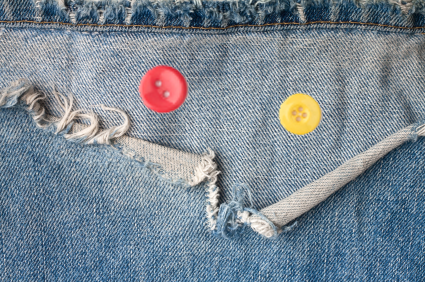 A few weeks ago, I met an 8-year-old called Samantha who absolutely could not sit still unless it was in front of the computer and she was playing her chosen games. When she came to the Occupational Therapy Evaluation, she refused to do most tasks on the standardized testing, and could not sit for more than a minute before she was up and running around the room. Even with parental guidance, she continued to refuse to participate and was just falling apart at the seams. Her mother reported that this was what a typical school day was like for this child.

A few years ago, she had received a diagnosis of a Sensory Integration disorder, and had attended therapy. Then, when she started school, she was discharged with a good sensory diet, but family let it go by the wayside over time. As symptoms began to emerge again over time, they didn’t think about restarting sensory diet activities, and behavior got out of control in all of her environments. Because the family wanted to try to keep her calm, she got anything she asked for, was able to decide her own bed time, what she ate at every meal and what she got to do during her playtime – which was almost always sitting in front of the computer. Her sensory system was starving and she was so dysregulated it was hard to know where to start during treatment sessions.

We decided to try Interactive Metronome with her as a foundation for helping her become more regulated and organized. During our first few sessions, she did participate, but she needed many sensory breaks to work with some figit toys which gave her some tactile and proprioceptive feedback. We also used therapy balls, vestibular boards and T-stools to incorporate what her body needed into each task. 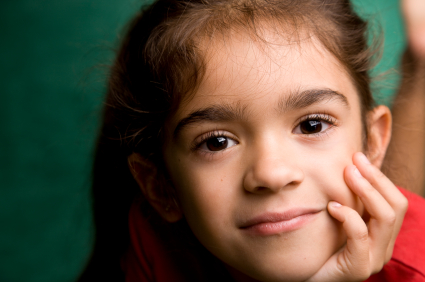 Rules were a big factor during our sessions. They were made very clear to her at the beginning, and she worked to keep 5 stars on her chart in order to choose a sensory based activity at the end of the session. Initially, she would touch and grab objects in the room without asking – and sometimes in the middle of an exercise! She was given a basket of figit toys to use when she felt she needed to touch something, but she would lose a star if she didn’t stick to the rules. It was very interesting over our weeks together to see how her need not only for sensory breaks, but also for strict rules decreased.

As her IM scores improved, I could see her focus improving and her ability to control herself and her actions become more controlled. We spent less time on breaks and reviewing rules, and spent more time performing the timing exercises that were “resetting her clock”. Her mother reported seeing a difference at home after the first 2 sessions. The behaviors and impulsivity decreased, and she was able to take her daughter to the playground and to the kids’ gym so she could participate in activities, which also stimulated her sensory system. Many children with Sensory Processing disorders have great difficulty regulating themselves making it difficult for them to follow a daily schedule or even rules. IM may be a good activity to help your child whether it is part of their sensory diet or part of their ALERT Program activities. I have seen some great results, and hope you do too!