Modern technology has extended the human lifespan, but diseases like Parkinson’s can rob someone of their quality of life during these later years. Parkinson’s disease directly affects the central nervous system; it destroys dopamine-generating cells in the brain, resulting in an inability to coordinate movements. Conditions like Parkinson’s highlight the connection between the brain and body; it also shows how important it is for the brain to be working at peak efficiency. The loss of just a few connections can rob us of the ability to control cognitive processes and movement. [expand title=”Read More” swaptitle=”Read Less”]

While the mind may stay sharp, messages are not reaching their final destination. Attempts to button a shirt can be hampered by uncontrollable tremors, slow movement (bradykinesia), or the inability to move. Rigid, stiff muscles lead to problems with eating, speaking, digestion, walking and even standing upright. Beyond the physical symptoms, Parkinson’s also causes confusion, dementia, memory loss, hallucinations, anxiety and depression. The disease can leave the individual a prisoner in his own body, a frustrating and terrifying prognosis.

Ask Richard. He was freezing while walking and it caused five falls in the past year alone. Although he had to move into an assisted living facility, with the help of IM, he is back to golfing, bowling and working out with his friends!

But there is hope. The domain-general mechanism of timing is a “jack of all trades” mechanism that manifests itself in fine motor control, sleep cycles, speech patterns, ability to attend over time and overall efficacy of brain communication. This timing in the brain, or temporal processing, has been shown to be deficient in several common conditions, including Parkinson’s. IM is the only training program that improves timing in the brain in an organized, systematic, flexible and engaging format.

Since conditions like Parkinson’s are degenerative, it can be difficult and expensive to keep up with therapy. Well, not anymore. No more worrying about fitting training into your schedule or the cost of reaching your Provider. With IM-Home, you can complete your training under the supervision of your therapist, but in the comfort of your own living room, bedroom, office, etc. Ask your Provider about IM-Home today! [/expand]

IM is a research-based training program that has been shown to improve deficits seen in those who have been diagnosed with Parkinson’s Disease.

IM training has been shown to improve: 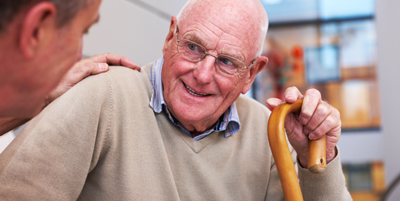 Many users have shown improvement in:

Find a Local Provider to Start your IM training today!

For help with Parkinson’s and many related conditions, look for Providers with our “Other Neurological Conditions” badge on our Provider Locator Board. Also, Providers with these badges have additional training with similar disciplines and symptoms: Brain Injury/Stroke, Home Health/SNF, Motor (Neuro/Ortho), Reading/Literacy and Speech/Language.