Well, it was a leap of faith… 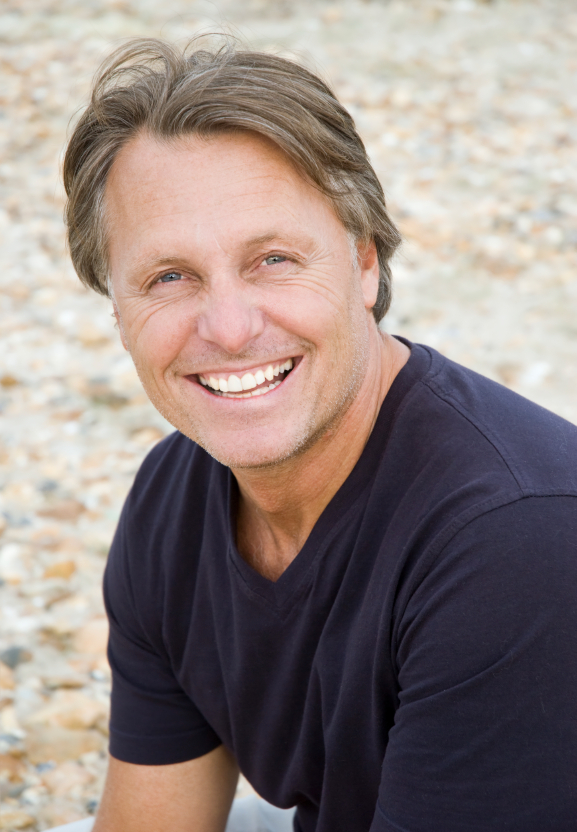 About six months had passed when I spontaneously broached the idea with Frank of sharing his IM story.  Camera in hand I drove straight over with nothing but a ‘change your shirt and look half decent ‘cos I’m going to film you!’

Frank and I had known each other for years.  We became acquainted first socially through a mutual friend and then, sadly, on a professional level.  Headaches had led to brain scans and then on to brain surgery and he had requested that I be his primary therapist.  Traditional therapies were helping but only to a point and following three months of outpatient services I was saddened to hear that his physical therapist was ready to discharge him.  Having known Frank before his accident, I had the advantage of familiarity with his drive to succeed and his passion for independence.  Despite his initial skepticism, Frank had begun to accept his fate that Interactive Metronome was the one card as yet left unturned towards his recovery.  I submitted an updated plan of care when required and applied the IM program as a tool towards his recovery…and what a recovery it was!  Having been told that he would never walk independently, Frank walked.  Having been told he would never climb the stairs again, Frank climbed. And the list went on.  When it came to the point where I needed to start transitioning Frank towards fewer sessions, he invested in the IM-Home system to keep on top of his progress.  So now you can see why I wanted to share his story with you:

Mary: So, I’d like to introduce you to Frank, who started up with me more specifically for IM to really get him going when he was feeling a little bit in a rut with traditional therapies.  He is going to share with you some of his experiences and how the program has affected his life….

Frank: Well, the first experience I had with the system was after I had brain surgery I realized I had to reorganize my thinking and method so that I could handle problems both physically and mentally.  So I was dedicated to the system, doing it just about every  day for 15 to 25 minutes at a time and I was more organized in my thought processing.  It also helped me physically – at the beginning I was just about walking with a walker but even then my foot kept hitting the sides of the walker, I had very little control of its movement.  I can go up and down stairs now which was nearly impossible at one time.  And I can actually move around, go outside, go out to the mailbox by myself – things that I did not think that I would ever be able to do again.

Mary:  And you have recently started driving again also?

Frank: Yes, finally the doctor gave me permission. He thought that because my disability is only on my left side and that he felt that my mental faculties were such that I could be safe.  So I have been driving, not long distances, but I have been driving.

Mary: It’s lovely to get out isn’t it?

Frank:  Yes, it’s great to have that independence, that was taken away from me following my brain insult, so I’m very happy I can drive.

Frank: Yes, I had the full range of physical therapy, riding a bike but they would have to put the left leg in a big boot because I could not keep my foot on.  And with the exercise machines I found I had no strength in the left leg so I can’t really bend it to push the machine back.  But I did do a lot of walking with the bars and things.

Mary: So, how do you feel the Interactive Metronome fitted in with your rehab course?

Frank: Well, yes it took me that next step.  I was unable to do a lot of things until finally when I went on the system that’s when my thoughts became better organized and it seems like I had more coordination.

Mary:  Do you remember, way back at the beginning…when I first came in with my crazy looking wheelie bag full of computers and wires and switches…and asked you to start clapping?

Mary: Do you remember what you thought about how that then would apply to you being able to walk, for example?

Frank: Well, it was a ‘leap of faith’ to believe that just clapping my hands would make my legs function.  But in time, in getting into the rhythm of everything, it kind of converts your whole body back into a rhythm where you can function.  I think the system was a major contributory factor to my recovery.

Mary: So, I know that you have a personal IM unit here in your home.  Do you find that you still use it now that so much time has passed by?

Frank: Well yes, I do still use it, not with as much frequency as I did when I was recovering but more now as a top up – just to see if my scores are the same as before and to make sure that I am still at that level.

Mary: Do you feel that your functional gains are maintained or still improving?

Frank: Well, I find that if I haven’t used it for a while, then it can take me two or three sessions to get back to the same level.  But overall I am positive that the system has improved, returned my function.

Mary: Well, thank you for sharing