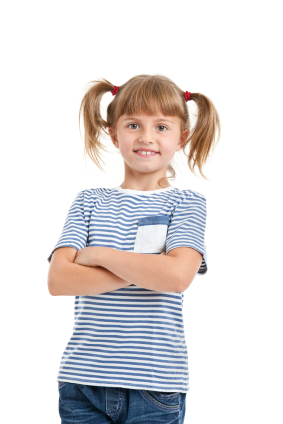 A 9 year old girl with a diagnosis of hypotonia was referred for Interactive Metronome to help with strength and coordination. After working with her for one session, we began to discover some sensory issues that had not been addressed before that were impacting the development of her skills. Another therapist asked me if we should stop IM because we wouldn’t be able to handle her sensory issues during our sessions. I reassured her, that we’d be able to adapt the activities and work with her to help her sensory system.

Our first issue was the sound. She could not tolerate wearing headphones – no problem, we could use speakers. She also had great difficulty with the guide sounds, the different tones just set her system into a fight response. So, what I had to do was to lower the volume of those sounds and gradually increase them to the baseline level over several sessions. She learned to accommodate this very well.

This little girl also had great difficulty just attending to an exercise without twisting herself around, getting up and down out of her chair and remaining quiet enough to be able to attend to the exercise. I found that we needed things like sensory seat cushions (Disc – O – Sit) or even the use of a one legged chair (T-stool) or a therapy ball to give her some movement input to help organize her system.

We planned out sensory diet breaks during our sessions as well. She knew if she completed a certain amount of activities in the IM program, she could take a sensory break. It was easy to incorporate things from her sensory diet such as wall push ups, chair push ups, spinning in the chair, jumping jacks etc. This made a huge difference in not only her compliance during a session, but her success and improvement during each session.

I also provided her with some oral sensory input such as some crunchy pretzels to eat during a foot exercise or some chewing gum during a clapping activity. This also helped her decrease her excessive talking during exercises (which I think she did to try to dampen the noise of the IM bell/sounds initially).

We also had a tactile issue to tackle initially as she refused to wear a switch on her hand, making some of the simplest tasks difficult for her to perform. We started by placing switches on a table, and even strapped one to her leg over her jeans for her to tap while she was seated. I also made her a neoprene strap to use which gave her some deep pressure and fit more snug – this was more acceptable to her, and she then began to allow the strap to be placed onto her hand.

Even if your child doesn’t have a sensory processing diagnosis, you may run across some issues/sensitivities during their IM sessions. Don’t worry! Many things can be approached in a different way that will make the whole experience more successful for your child!