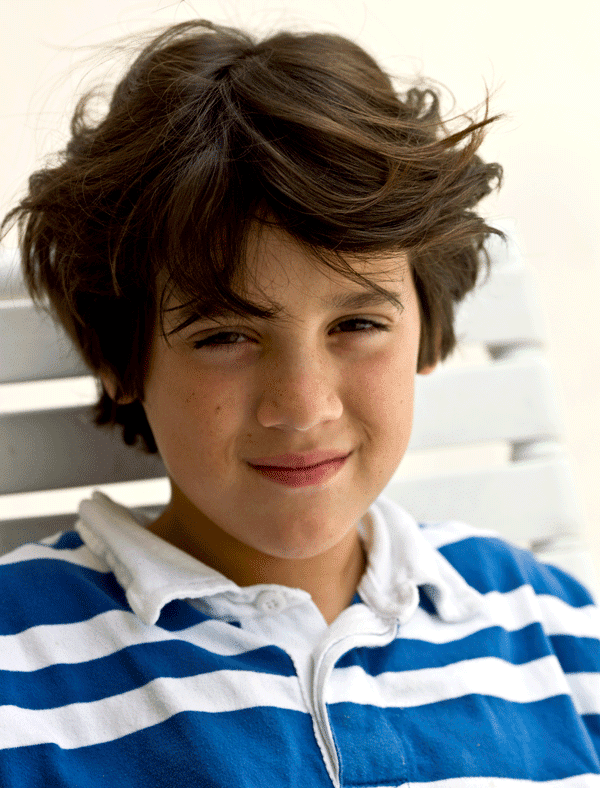 “Sean”was adopted at nine months old, now 11 years old, lives with his mother, father, and two sisters. For much of his life, Sean has suffered from mood swings, severe behavioral problems, and difficulty sleeping. He’s been diagnosed with several different disorders, including Cognitive Deficits, Attention Deficit Hyperactive Disorder
(ADHD), Obsessive-Compulsive Disorder (OCD), Post-traumatic Stress Disorder (PTSD), Pervasive Development Disorder (PDD), and possible Ring 21 Syndrome. He takes several medications to manage these conditions.
Sean has alternated between public schooling and home schooling environments. During the last year he attended public school, he was placed in the learning disability class, with two mainstream classes.
Sean’s mother describes him as a cute, sweet, and talented young man. Her concerns for him include his slurred speech, his inability to fully pronounce words, and his learning curve—he was working between a first and second grade level for most subjects, when he should have been working at the sixth-grade level. She also wants  Sean to be able to gain a higher level of independence.
Drug-free Treatment for Developmental Problems
In addition to prescription medications, Sean had been receiving regular Speech Language Therapy services. However, he was not making much progress, so Interactive Metronome (IM) was introduced.
IM provides a structured, goal-oriented process that challenges the patient to synchronize a range of hand and foot exercises to precise computer-generated reference tones that are heard through headphones. The patient attempts to match the rhythmic beat, using repetitive motor actions. IM uses a patented auditory visual guidance system that offers immediate feedback, measured in milliseconds.
Better timing leads to improvements in focus, coordination, planning, and processing speed. IM has been proven to increase the quality of life for patients suffering from many different disorders, including developmental deficits, neurological injuries, and degenerative conditions.
Implementation: A Baseline in Need of Improvement
When Sean first started IM, his performance measured in the extreme deficiency range. His speech-language, listening, and comprehension skills were also far below average. He also struggled with low selfconfidence.
Sean initially showed resistance to formal tasks. He became frustrated easily, and often “shut down” when frustration set in. His mother confirmed that he struggled with some of the same behaviors at home. Sean was unable to focus or self-regulate, and these issues led to severe outbursts.
Progress: Learning to Concentrate
During the course of the IM, Sean showed marked gains. His listening skills improved in several areas, with word discrimination increasing from a pre-IM score of 20 to a post-IM score of 29, sentence memory rising from 12 to 18, and phonological segmentation (clear pronunciation) jumping from 13 to 23.
His processing skills, including listening and reading comprehension as well as mathematical calculations, showed great improvement. In fact, two areas in which his initial responses were below scoring range—rapid color naming and rapid object naming—spiked to scores of 84 and 68 post-treatment, respectively.
The greatest gains Sean achieved were in the IM performance range. He was able to improve his response times to reference tones significantly, from an initial total of 305.8 milliseconds to a posttreatment total of 64.6 milliseconds—placing him firmly in the average range of response, far ahead of the extreme deficiency he exhibited in the beginning.
Outlook: A Proud Patient, and a Happy Mom
Through IM treatment, Sean was able to rein in his frustrations and increase his self-confidence. He showed pride in his improved scores, and began to initiate tasks himself—even when they were difficult to complete. His speech became more clear and reached a higher level. He gained better control over his behavior, becoming focused, attentive, and cooperative.
Sean’s mother reports a fantastic improvement in his behavior at home, as well as his attitude toward education and social skills. She credits the IM program with restoring hope for her little boy, where medication and traditional therapy had failed.
June K. Maranville, MSP, CCC/SLP
Palmetto Language and Speech Center LLC
Lexington, SC
Download printable version