Meet Our 2018 July Provider of the Month! Lucy Gross-Barlow 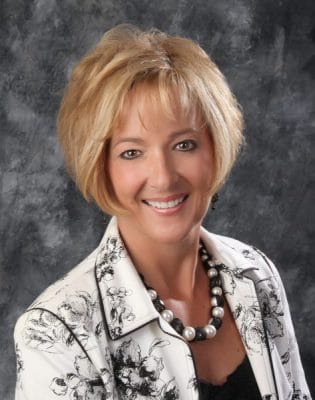 Meet our July 2018 Provider of the Month, Lucy Gross-Barlow. Lucy is a Speech/Language Pathologist practicing in St. Marys Georgia. She owns and operates a pediatric clinic known as The Language Learning Center, Inc. and although they primarily see children, they also have the opportunity to work with a variety of ages and conditions in clinic, hospitals and nursing homes. Read here to get to know Lucy!

In the mid 1990’s I began to hear about new research and new therapies that could “change the brain” and advance language functioning by 2+ years in as little as 4-6 weeks. I must be honest, I was a real skeptic at first; after all I had been working with children for 15+ years and initially thought “there’s just no way that can be done”! It was soon after that I started looking into these claims only to discover and understand the science behind such proclamations: it’s all about the brain’s timing, and that there truly were ways to alter neural timing to bring forth such accelerated brain functioning.

I decided to open my own practice and The Language Learning Center Inc. was “born” in a small rented office space approximately 10 X 12 feet with a common area waiting room and shared receptionist.  I’ll never forget receiving my first IM unit in the mail 18 years ago with a small booklet of “how-to-do-it” instructions. We were all certified remotely back then by completing the exercises and emailing our results to the company. As the years have passed, Interactive Metronome has expanded and developed wonderful training materials and certification courses that are so helpful and educational. As new therapists to my clinic have been certified, I have been impressed in the depth of their understanding of IM after completing their certification process, resulting in significant reduction in my time to educate them.

As I started to incorporate IM into my practice, I began to see changes in children’s language and processing abilities like never before. I’ll never forget my first “aha” IM moment: an 8-year old girl that I had seen for some time began the program. After just 3 sessions her mom told me, “We were having dinner the other night, and someone asked a question and Tyler answered it and everyone looked around at each other and said, ‘Was that Tyler…did she just say that?’” At that time I was expecting change with IM but I wasn’t expecting it that quickly. Now…I am never surprised at what and when the IM effect will happen!

News of the “program” we were doing spread like wild fire in our community: parents told other parents; we sent informative research findings to our referring doctors; I presented to local civic groups; newspapers and news stations wanted a story; and the sharing of testimony on social media has educated many. We quickly grew from a 1-unit IM facility to a 4-unit IM facility.

We work with many struggling students with poor auditory processing skills, weak memory skills and ineffective phonological awareness abilities. In the beginning of my IM work I believed I should use this tool only when a client was not progressing using traditional treatment methods. Then suddenly after starting IM – voilà– those target skills suddenly emerged. I quickly realized that for a large number of the cases I work with, IM is the way to start. Now we generally begin a treatment program with IM and then introduce other modalities directly related to the client’s deficit profile. Over the years I have experimented with the incorporation of IM with traditional therapies/modalities and started to develop ways of intertwining them based on their established goals. After a client becomes comfortable with the IM process and is making unconscious responses to the beat, I begin to introduce Best Practice techniques into the IM sessions. The ways to do this are endless and so much fun to develop. One example is to work on written syllable blending during IM. This is a skill many of our poor readers lack. I have 2 sets of cue cards with progressive levels of syllable components per word. The first card has the syllables broken by a dash (ca-len-dar). We read and say each syllable on the IM beat. When the client can independently sound out the word, then I present the cue card with the joined word and the client reads it on the beat.

The following are two of the many examples that drives me to educate others to the principles of IM:

*A parent was told her son would probably never learn how to read…he is now in college.

*The mom of a child with severe Schizencephaly (a rare birth defect which causes slits or clefts in the cerebral hemispheres of your brain) once told me, “I am scared to think where we would be today without IM.” This child is excelling in his language and learning skills and is at the top of his class.

*Dan is a 58-year old man who suffered a stroke a 1 ½ years ago. I began seeing him on a home health basis at the assisted living facility where he now lives. In the beginning, Dan was able to express some simple social exchanges but demonstrated severe anomia – a problem with word finding and impairment to recall words with no impairment of comprehension or the capacity to repeat the words. For months we worked on using multi-sensory compensatory strategies to improve his ability to name a fork a “fork”. After 12 months of traditional therapy Dan was 50% accurate in being able to ask for a fork in the dining room if needed.  When his home health services came to a close, I made arrangements with the facility to transport Dan to my clinic where we established him as a patient. Following just a few weeks of IM, Dan began naming objects more consistently, stating their function, relating recent events, and better able to carry on a conversation with others. He is less depressed, has more hope for his future, and is determined to live on his own again. He likes the Picture Board visual screen the best. Dan now names the place he thinks each picture represents and I ask him to name certain items in the pictures. He still struggles and has a long way to go to becoming independent again. However, the differences seen between traditional therapy alone verses the addition of IM are undeniable. AND, he started IM 1 ½ years post onset!

I love IM because I understand and have experienced how improving the brain’s timing and exchange of neural information is the foundation to a person’s ability to learn language and all its many associated tasks. It does what I as a therapist just cannot do to the same level of effectiveness. I am so passionate about this program that I cannot imagine ever being a therapist without it! That’s because I know the changes it can make at a neurological level that then makes it possible for me to implement other strategies needed for my clients to achieve

IM is an invaluable therapy tool that can assist all disciples of therapy in so many ways.   I cannot say enough about the benefits it brings to a clinical setting and would encourage anyone who works with any array of impairment to look seriously into this amazing therapy tool.