Should Grandma Join Facebook? It May Give Her a Cognitive Boost, Study Finds

Preliminary research findings from the University of Arizona suggest that men and women older than 65 who learn to use Facebook could see a boost in cognitive function.

Janelle Wohltmann, a graduate student in the UA department of psychology, set out to see whether teaching older adults to use the popular social networking site could help improve their cognitive performance and make them feel more socially connected. 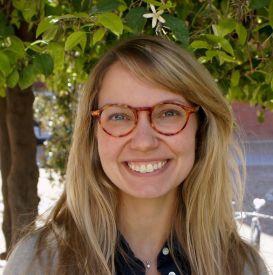 Her preliminary findings, which she shared this month at the International Neuropsychological Society Annual Meeting in Hawaii, show that older adults, after learning to use Facebook, performed about 25 percent better on tasks designed to measure their ability to continuously monitor and to quickly add or delete the contents of their working memory – a function known in the psychology world as "updating."

Wohltmann, whose research is ongoing as part of her dissertation work, facilitated Facebook training for 14 older adults who had either never used the site or used it less than once a month. They were instructed to become Facebook friends only with those in their training group and were asked to post on the site at least once a day.

A second group of 14 non-Facebook using seniors instead was taught to use an online diary site, Penzu.com, in which entries are kept private, with no social sharing component. They were asked to make at least one entry a day, of no more than three to five sentences to emulate the shortness of messages that Facebook users typically post.

The study's third group of 14 was told they were on a "wait-list" for Facebook training, which they never actually completed.

Prior to learning any new technologies, study participants, who ranged in age from 68 to 91, completed a series of questionnaires and neuropsychological tests measuring social variables, such as their levels loneliness and social support, as well as their cognitive abilities. The assessments were done again at the end of the study, eight weeks later.

In the follow-ups, those who had learned to use Facebook performed about 25 percent better than they did at the start of the study on tasks designed to measure their mental updating abilities. Participants in the other groups saw no significant change in performance.

Wohltmann conducted the study with help from her research adviser Betty Glisky, professor and head of the department of psychology, and a team of undergraduate and graduate research assistants. It was based on existing evidence about how learning new tasks can help older adults with overall cognitive function, as well as research suggesting a possible link between social connectedness and cognitive performance.

"The idea evolved from two bodies of research," she said. "One, there is evidence to suggest that staying more cognitively engaged – learning new skills, not just becoming a couch potato when you retire but staying active – leads to better cognitive performing. It's kind of this 'use it or lose it' hypothesis."

In Wohltmann's research, further analysis is needed to determine whether using Facebook made participants feel less lonely or more socially connected, she said.

Likewise, further analysis is needed to determine whether, or by how much, Facebook's social aspect contributed to improvements in cognitive performance. However, Wohltmann suspects that the complex nature of the Facebook interface, compared to the online diary site, was largely responsible for Facebook users' improved performance.

"The Facebook interface is actually quite complex. The big difference between the online diary and Facebook is that when you create a diary entry, you create the entry, you save it and that's all you see, versus if you're on Facebook, several people are posting new things, so new information is constantly getting posted," she said.

"You're seeing this new information coming in, and you need to focus on the new information and get rid of the old information, or keep it in mind if you want to go back and reference it later, so you have to constantly update what's there in your attention," she said.

Participants in the study, who had an average age of 79, represent a demographic whose social media behavior has not been closely examined.

"Facebook is obviously a huge phenomenon in our culture," Wohltmann said. "There's starting to be more research coming out about how younger adults use Facebook and online social networking, but we really don’t know very much at all about older adults, and they actually are quite a large growing demographic on Facebook, so I think it's really important to do the research to find out."

One in three online seniors use a social networking site like Facebook, according to the Pew Internet & American Life Project.

Wohltmann says she also sees Facebook as a potential alternative to some online games marketed to seniors to help boost mental acuity.

"Those games can boring after a while, and this might be a new activity for people to learn that's more interesting and keeps them socially engaged," she said, adding that it can also help older adults stay connected with grandchildren and other family and friends.

Yet, Wohltmann cautions it may not be for everyone.

"One of the take-home messages could be that learning how to use Facebook is a way to build what we call cognitive reserve, to help protect against and stave off cognitive decline due to normal age-related changes in brain function. But there certainly are other ways to do this as well," she said.

"It's also important to understand and know about some of the aspects of Facebook that people have concerns about, like how to keep your profile secure," she said. "So I wouldn't suggest to anyone to get out and get Granny online right away, unless you or somebody else can provide the proper education and support to that person, so that they can use it in a safe way."