Keep IM in the Family: How IM-Home ensured a successful recovery

Joanne had no idea what was in store for her when her daughter enrolled her grandchildren into one of my IM programs. As the weeks went by and the children started to show dramatic signs of improvement, her daughter’s plan to help her began to unfold. It started with an innocent e-mail “I see how much IM is helping my children, do you think it could help my mother?” – and so the plot began to thicken… 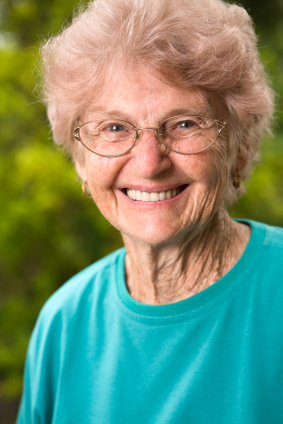 At 68 years of age and a pastor’s wife, Joanne was accustomed to being busy, taking charge and nurturing her congregation. Her gift of healing through the Power of the Holy Spirit drew out her giving nature yet often left her exhausted. And so it befell, one Wednesday evening while performing a Puppet Theatre to Children’s Ministry, a sudden onset burning sensation and tingling through her right side all the way up to the top of her head came upon her. Joanne had suffered a stroke. Although considered ‘mild’ in its severity, the impact of loss of function and onset of blazing migraine headaches was significant.
Her rehab experience had been a positive one, but Joanne was left feeling that she could achieve more. It was with this in mind that she came to me for an evaluation, with the intention of attending the Interactive Metronome Program at an intensity of 3 x per week. During her evaluation I spoke with Joanne in detail about the fine tuning of her daily routines: she still had left side weakness; she still had trouble with double vision; she continued to suffer from transient pain, moving upwards from her neck to the right side of her head, holding in a burning sensation behind her right eye.
Through our first interview it became evident that Joanne was still worried that following that specific pattern of pain, she might stroke again as it was the first conscious sign that she noticed during her original episode.

Her hopes to attend IM at a frequency of 3 x 60 mins per week was based on her observations of her grandchildren’s schedule and progress. My first step then, was to explain that each IM program is unique in its duration, content and frequency, based on individual differences and medical/learning needs. For Joanne, I recommended a frequency starting at one session per week and then progressing up to 2-3 x per week. This allowed for a gentler exposure of neurological challenge to the brain. This proved to be the ‘just right’ frequency, as Joanne described feeling ‘wiped out’ after each session and taking 1-2 days to recover both physical and mental stamina. This then was our measure, and we increased difficulty; duration and frequency gradually over a three-month period.

With increased physical and mental stamina came also an increased desire to return to activities within the church and family. As a therapist I was concerned (and a little frustrated!) that we were just reaching the point where Joanne could tolerate more sessions per week – but now she was becoming unavailable to come in to see me! It was here then that the IM Home Program came into play. With the ability to work with Joanne twice a week, I then set up supplemental IM sessions that she could complete at home. Joanne was thrilled and diligently structured the IM Home into her daily routine, resulting in more rapid improvements and ultimately discharge from my services.

As with many conditions, Joanne continues to use the Interactive Metronome to keep her grounded in her Mental acuity and physical pacing during her daily routines. The impact of the Interactive Metronome Program on her life has been so significant that she described IM as not only ‘giving her back her life’ but as becoming a ‘positive part of her life’. The last I heard of Joanne, she was still testing both her personal boundaries and the boundaries of IM-Home – taking her unit on a week cruise in the Caribbean!
“And a good time was had by all!”.