It feels good to get going again!

“It feels good to get going again!” 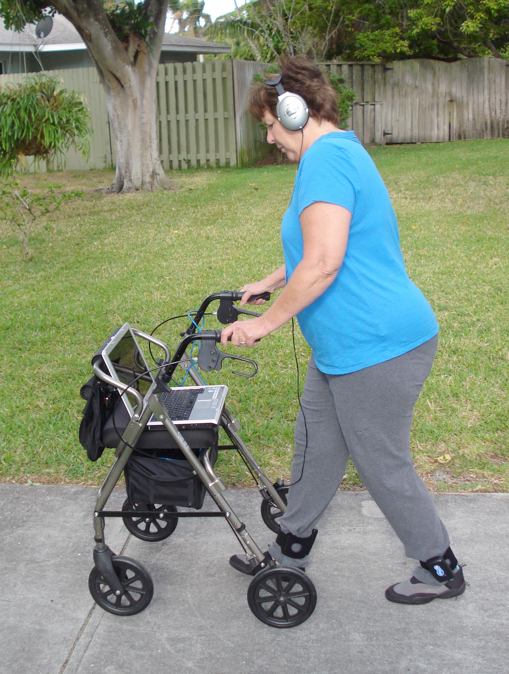 By the time Margaret contacted me to enquire into IM services, she had progressed to the point of requiring a seated rollator walker for mobility and numerous adjustments to her work and home functional routines. Her decline had been insidious, over the course of several years, and then at the age of 48, she was stricken with lower limb partial paralysis following a 12 hours nursing shift. Following a 10-day work up in hospital, she was approached by her medical advisors with her official diagnosis: Multiple Sclerosis. As she progressed to the point of discharge home, she knew from her nursing background that therapies could help her to adapt to the influence of MS in her life…but she wondered if there was anything available that could actually IMPROVE her skills.

And thus our mutual journeys began.

Never before had I implemented an IM training program with as much caution, anxious not to overexert or overheat in the Florida climate. We started with minimal upper body motions, progressing steadily to more integrated whole body motor patterns.

With this in mind, as her endurance increased, we started training with the help of IM’s In Motion switches, which are wireless IM sensors in her shoes, and set off with pride during early morning walks. As a progressive disease, Margaret realized that IM was not a cure-all, but with a combination of an IM clinical service delivery model followed by access to home-based IM activities via the IM-Home, she was able to achieve all three of her ambitious life changing goals to a resounding, “it feels good to get going again!”