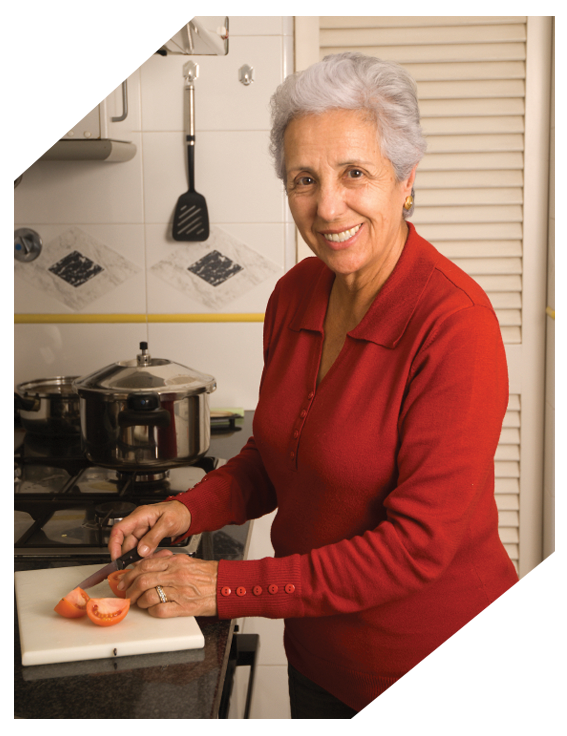 Pat is a 59-year-old independent woman who worked as a registered nurse. She was a nursing instructor at a community college and a clinical supervisor for many years when she was diagnosed with a cranial tumor a few years ago. Following the resection, she presented with left hemiparesis, left hemianopsia and aphasia. Results of her initial evaluation revealed moderate cognitive-linguistic deficits characterized by difficulty with organizing and sequencing information, attention to task, memory/recall of information, abstract reasoning and problem solving. She was able to express simple thoughts; however, problems became apparent on more complex, abstract information with hesitations noted due to word finding problems. Pat’s reading comprehension was moderate to severely impaired with all visual activities complicated by left visual field neglect. Despite going through traditional speech, occupational and physical therapy sessions deficits still remained. Pat’s speech therapist suggested Interactive Metronome (IM) as an intervention. IM is a therapeutic assessment and training program that improves attention, concentration, motor planning and sequencing. Improvements in those areas result in improved language and cognition, stronger motor control and coordination, and enhanced balance and gait. Pat had given up all the things she loved to do because she could no longer tolerate large groups of people. Her daughter moved back home to help her mother because Pat was unable to cook for herself, due to the fact that she could no longer follow a recipe.

During the initial IM assessment Pat demonstrated extreme deficiency for bilateral upper and lower extremity exercises as well as an inability to coordinate upper and lower exercises together. In addition, Pat needed to be given verbal directions, as well as a visual demonstration for several exercises before she could begin them. While she did complete the assigned exercise tasks she continued to demonstrate her inability to coordinate the necessary movements within normative parameters. During Pat’s first two sessions, she required approximately 25 repetitions before re identifying the IM reference tone. She demonstrated impulsivity and difficulty controlling her tempo. An exercise involving bilateral heels was extremely difficult for her as she was unable to process whether her feet were touching the foot trigger. By her seventh session, Pat reported increased reading comprehension and was now capable of following a recipe. Pat began taking part in activities within the community and began to attend poetry presentations because of increased comprehension and attention. As treatment progressed Pat began to complete tasks, which included crossing midline for both hands and feet, and her balance began to improve.

Due to Pat’s success with IM, rote memory activities were utilized, this included reciting ABC’s, counting, days of the week, months, and counting backwards while participating in IM exercises. Executive function tasks were also introduced to increase the cognitive load on her motor exercises; tasks included naming colors and shapes as the clinician held corresponding cards up, organizing letters and numbers, which were placed in a random order; visual scanning tasks, map reading, categorization, arithmetic tasks and reading comprehension tasks.

Upon completion of IM, Pat could independently complete Wii Fitness activities, she had increased attention span, improved thought process and concentration, the ability to multi-task, improved reading comprehension and improved balance. Because Pat made significant gains and her functional status improved dramatically she was discharged from therapy.