Featured in The Signal:Metronome helps retrain the brain

One could say that Adam Solomon is an overachiever.

The 11-year-old Valencia resident is a Boy Scout, plays clarinet, has a blue belt in karate and likes to learn new languages for fun.

“I want to be a scientist or doctor someday. I think I’ll do it. Nothing gets in my way,” Adam said.

Such confidence and ability is impressive in any child. In Adam’s case, it’s truly remarkable.

Up until the third grade, Adam was in special-needs classes, unable to learn or make friends, the result of two bouts with Kawasaki syndrome.

The autoimmune disease, which usually strikes children younger than 5, causes medium-sized blood vessels throughout the body to become inflamed and can cause traumatic injury or even death. 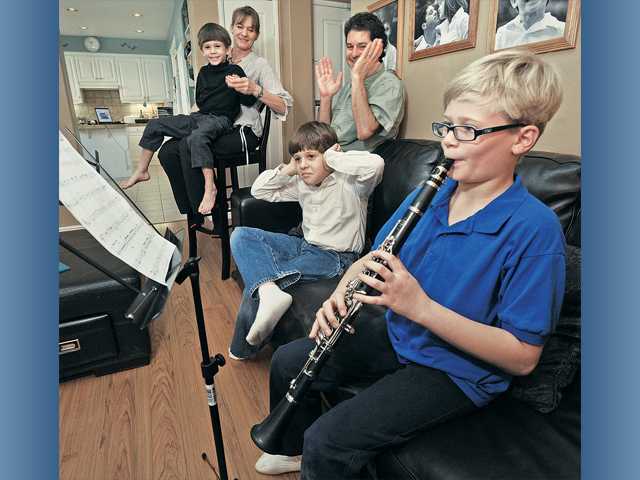 The first time it struck Adam, he was just 18 months old. The second time, he was 5.

Both times, Adam spent six months recovering. By the time he entered preschool, there were clues that the disease had left its mark.

“Adam couldn’t bend his fingers or pick up a cup. He didn’t understand the ritual of lunch and backpacks,” Solomon said. “If a fire alarm went off, it would set him on edge for days.”

Extensive tests determined that Adam did not have attention deficit disorder, nor was he autistic. He was diagnosed as having Kawasaki-related issues.

Doctors recommended occupational therapy, such as stroking Adam with a brush for two hours a day over nine weeks.

While this calmed down his tactile system, when Adam entered second grade, things did not improve at school.

“He didn’t fit in. No one wanted to play with Adam,” Solomon said.

It was recommended to place Adam on an individualized education plan, which Solomon reluctantly agreed to.

“Our son was a special-ed kid. It was no less than heartbreaking,” she said.

As Adam recalled, “It was like I was in the shadows.”

The situation placed a heavy toll on the rest of the Solomon family, too. Younger brothers Eric and David would often take a back seat to Adam, whose needs were more demanding.

“I used to pray just not to have a bad day,” Solomon said.

A spark of hope came for Solomon at work one day. The manufacturing manager was sharing her challenges with a colleague, who said his child also had learning problems.

Founded by Sherrie Hardy in 2003, Hardy Brain Training had a unique program for kids just like Adam.

“If you think of learning like a building, you have to first lay a strong foundation before putting the walls and roof in. If there‘s a weak foundation, processing skills, speed and timing can’t pull together,” Hardy said. 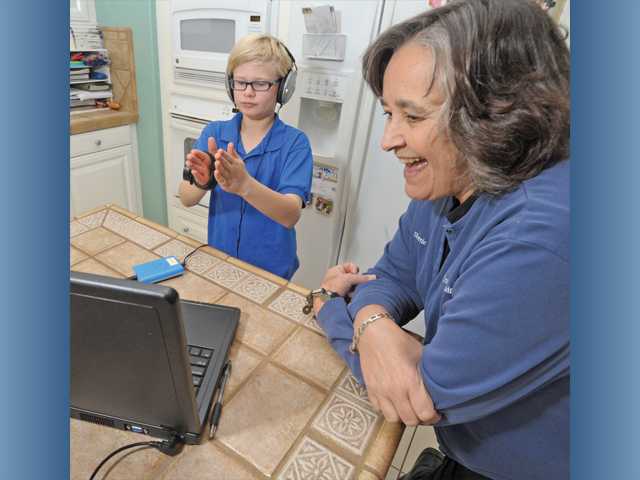 The Hardy Brain Training Interactive Metronome system had young clients, typically diagnosed with ADD or ADHD, follow an intermittent beeping sound through headphones while clapping along to match the beat, moving the arms in a circular motion.

The exercise is repeated thousands of times as the brain gradually begins to improve its processing and a computer software program tracks the progress.

“There are different ways to train the brain. One is speed; one is rhythm,” Hardy said.

Hardy, who has more than 35 years of experience as a classroom teacher, school director and perceptual-motor specialist, made Adam her first home-based client during the summer before he entered third grade.

He used the interactive metronome program five times a week for 30 minutes at a time.

“When I started doing the metronome, I felt stronger and could think more clearly. I just felt more focused,” he said.

One week into the new school year, Solomon received a phone call. It was a teacher.

“She asked my why my son was in special ed. Adam had grown three years ahead over the summer and mainstreamed back into regular school,” Solomon said proudly.

Solomon noticed other changes within her son.

“Adam was riding his bike for more than an hour. He had never done that before,” she said.

“He flew like a bird,” said Martin Solomon, Adam’s dad.

Now in sixth grade, he’s reading at an eighth-grade level and doing math at a seventh grade level.

Next, Adam plans to enroll in GATE classes at Albert Einstein Academy School in Valencia.

“That school’s made for me,” he said. “They have all the classes I wanted to take. I’m going to learn Hebrew.” 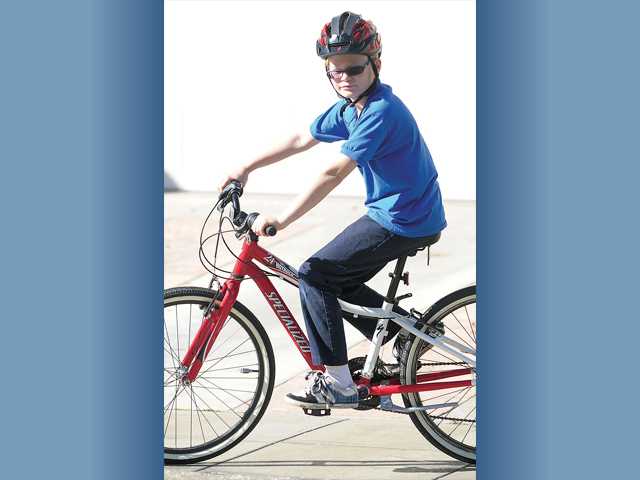 In addition to studying and his extracurricular activities, Adam volunteers for Hardy Brain Training, offering advice to other kids in his situation through online video conferencing five to seven times a week.

“He’s an inspiration to kids who are used to struggling,” Hardy said. “Adam’s a great ambassador for other kids.”

“We’re hoping to expand through the Boys & Girls network. Our goal for 2012 is to have the Interactive Metronome at 1,000 locations and to double that in 2013,” Hardy said. “This will help lift the barriers so that a child can learn to become who they are, whoever they want to be.”

That’s certainly been the case for Adam, as his mother noted.

“All we wanted was for him to be a happy child, to fit in — but we got a lot more than we bargained for. Adam’s a real asset to the community,” Diane Solomon said.

“I don’t know what I’d be doing if Sherrie hadn’t helped me,” Adam said. “I’m really happy she did this.”

Read the original postiong at the source: The Signal